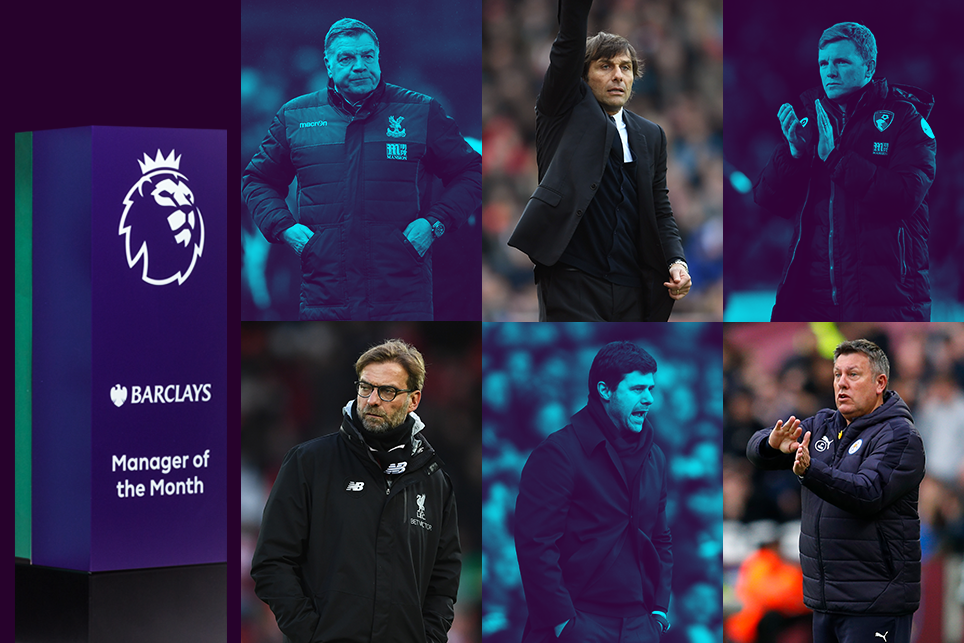 Leicester City manager Craig Shakespeare is one of the six nominees for March's Barclays Manager of the Month Award.

Shakespeare, named as Leicester City's manager until the end of the season, guided the Foxes to two wins from their two matches and is on the list with Crystal Palace's Sam Allardyce, Chelsea's Antonio Conte, Tottenham Hotspur's Mauricio Pochettino, AFC Bournemouth's Eddie Howe and Liverpool's Jurgen Klopp, who all ensured unbeaten records for their teams in March.

There's a record SIX nominations for the March Barclays Manager of the Month Award! Check out the shortlist & vote: https://t.co/HwQuvx0llM pic.twitter.com/vDInADkiEi