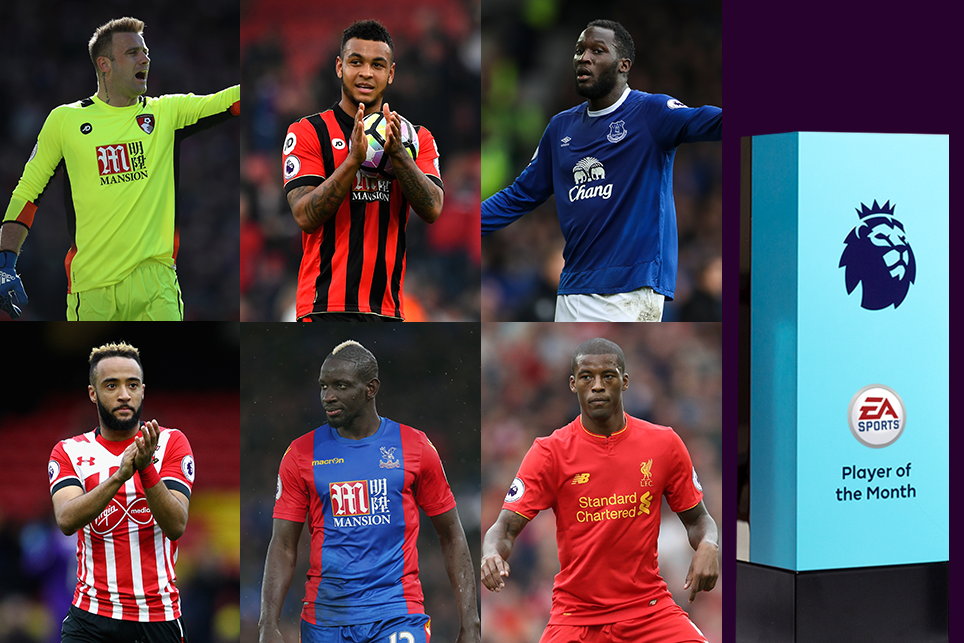 Six players have been nominated for the EA Sports Player of the Month award after catching the eye with their performances in March.

Romelu Lukaku's four goals in three matches has the Everton striker in contention to take the award off last month's winner Harry Kane, while Artur Boruc could become the first goalkeeper to win the prize since Fraser Forster in February 2016.

You have until 23.59 BST on Monday 27 March and the winner will be revealed on Friday 31 March.

The Polish goalkeeper has been a key figure in the upturn in results for AFC Bournemouth last month. One of 12 saves he made was from Zlatan Ibrahimovic’s penalty as the 10-man Cherries held out for a point at Old Trafford.

The forward scored four goals in March, including shrugging off a missed penalty to grab a hat-trick against West Ham United.

The Everton striker’s form has shown no signs of stopping and his four goals in three matches in March have taken the Belgium to the top of the PL scoring charts with 21 goals.

The Southampton winger has returned to form with two goals in the 4-3 win at Watford and six chances created for team-mates over two matches.

The player signed on loan from Liverpool in January has helped to tighten up Crystal Palace’s defence with two wins and no goals conceded in the month.

The midfielder has been a key figure in in each of Liverpool’s two wins in March, scoring against Arsenal and Burnley.