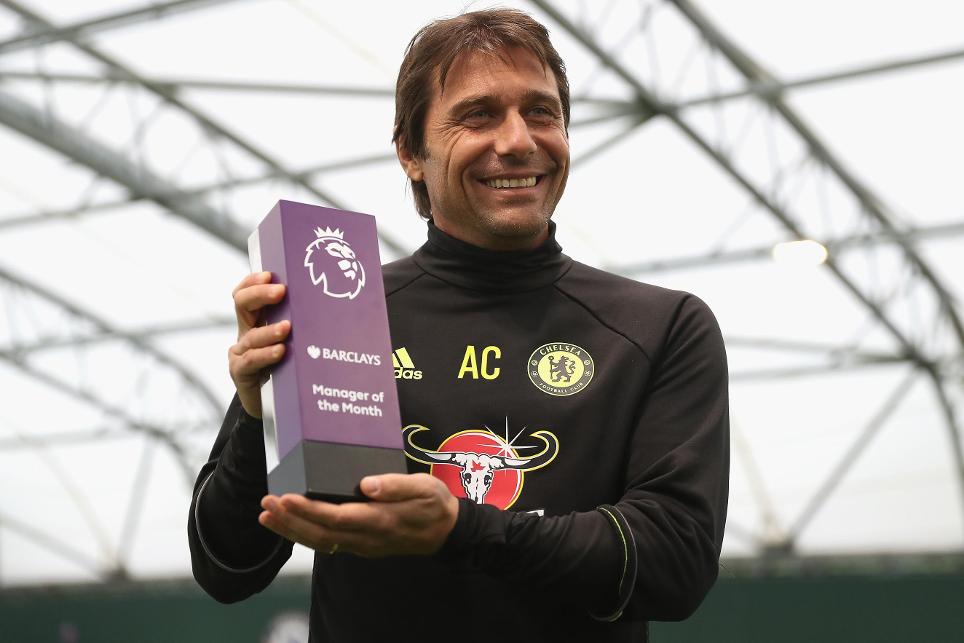 Chelsea head coach Antonio Conte has been rewarded for his side's exceptional run of results with the Barclays Manager of the Month award for October.

The 47-year-old is the sixth Chelsea manager to win the award after Claudio Ranieri, Jose Mourinho, Avram Grant, Carlo Ancelotti and Rafael Benitez, and the fifth Italian, after Ranieri, Ancelotti, Roberto Di Matteo and Roberto Mancini.

Conte masterminded an impressive turnaround in fortunes for a side who won only a point in September, guiding them to four successive top-flight victories in October.

"It's a great honour and I will share this with my players and the club," Conte said. "It is the first time I work in another country with a different culture, and when you want to bring your own philosophy it is not easy, but now I am glad for this choice."

The basis for this was a tactical tweak to a 3-4-3 formation which brought 11 goals, four clean sheets and a maximum return of 12 points with victories at Hull City and Southampton, a 3-0 home success over Leicester City and a 4-0 triumph over Manchester United.