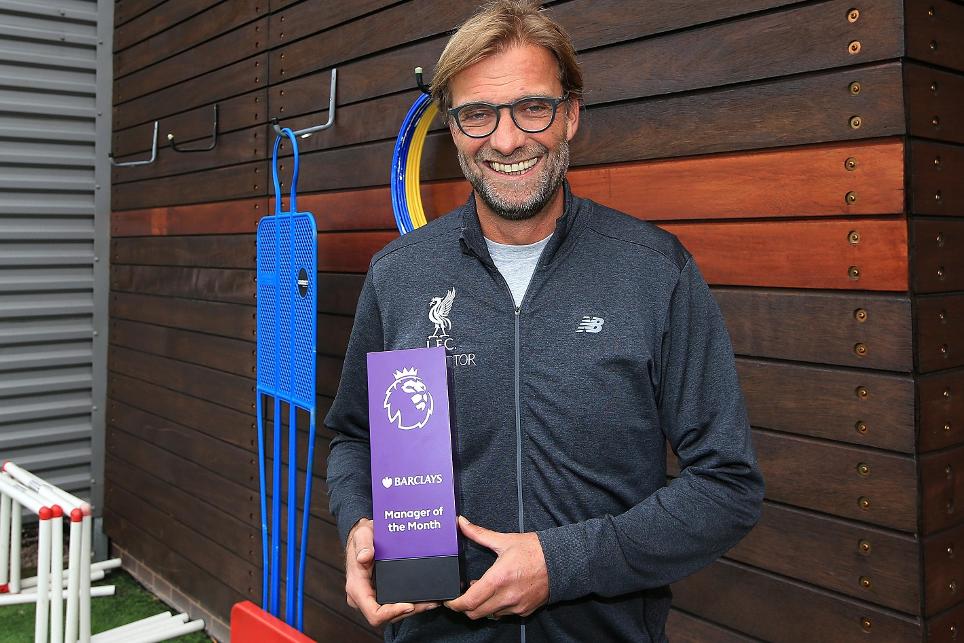 Jurgen Klopp has won the Barclays Manager of the Month award after guiding Liverpool to maximum points in September.

The 49-year-old has become the first German to win the award in Premier League history after a run of three successive victories last month.

Klopp's men started September with a 4-1 victory over champions Leicester City at Anfield, before Jordan Henderson's Carling Goal of the Month secured a 2-1 win at Chelsea. The Reds then triumphed 5-1 in their home encounter with Hull City.

After receiving the award, Klopp said: "I went into the office of my coaches and said, 'We are Manager of the Month! I don't need personal prizes but it's nice now I have another one'.

"We are on a good way but there are so many good teams in this league and so many difficult games for us, which we have to be ready for. I'm fine with the moment, but we have to play a few more games and hopefully we perform well."

The winner was decided by a combination of votes from a panel of experts and the public. Hull City head coach Mike Phelan won August's award.