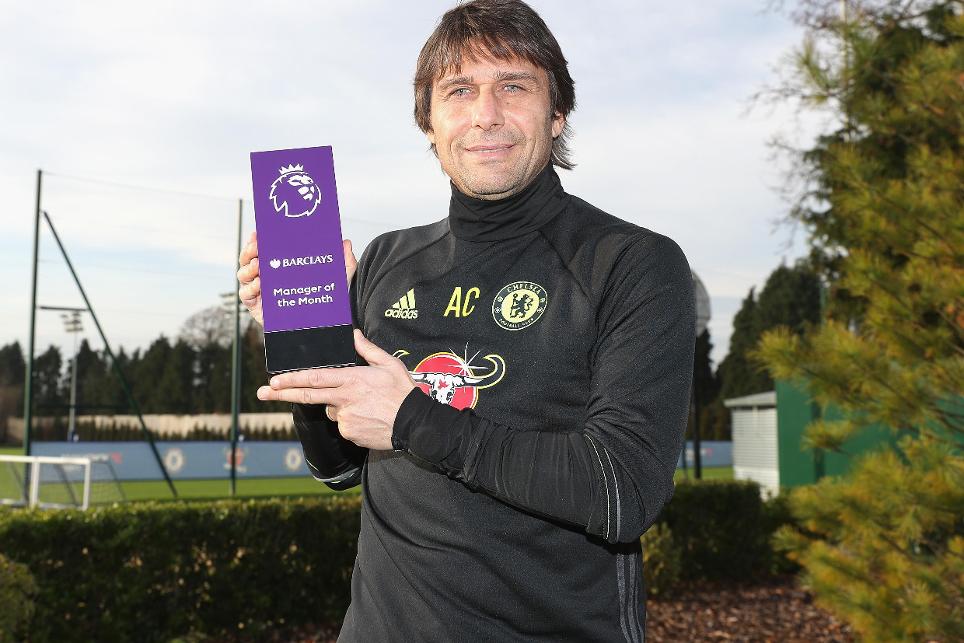 Antonio Conte has been awarded the Barclays Manager of the Month award for the second successive month after Chelsea continued their run of excellent Premier League form.

After four consecutive wins earned him the October accolade, Conte continued the winning habit by masterminding three triumphs out of three matches in November.

The Italian is the sixth Chelsea manager to win the award after Claudio Ranieri, Jose Mourinho, Avram Grant, Carlo Ancelotti and Rafael Benitez, and the fifth Italian, after Ranieri, Ancelotti, Roberto Di Matteo and Roberto Mancini.

It is the 12th time a Chelsea manager has claimed the award.

His accolade was part of a clean sweep claimed by Chelsea for November's awards, with Diego Costa named EA SPORTS Player of the Month and Pedro winning the Carling Goal of the Month prize.

Conte was picked from a shortlist that featured Liverpool's Jurgen Klopp, Manchester City's Pep Guardiola and David Moyes, of Sunderland.