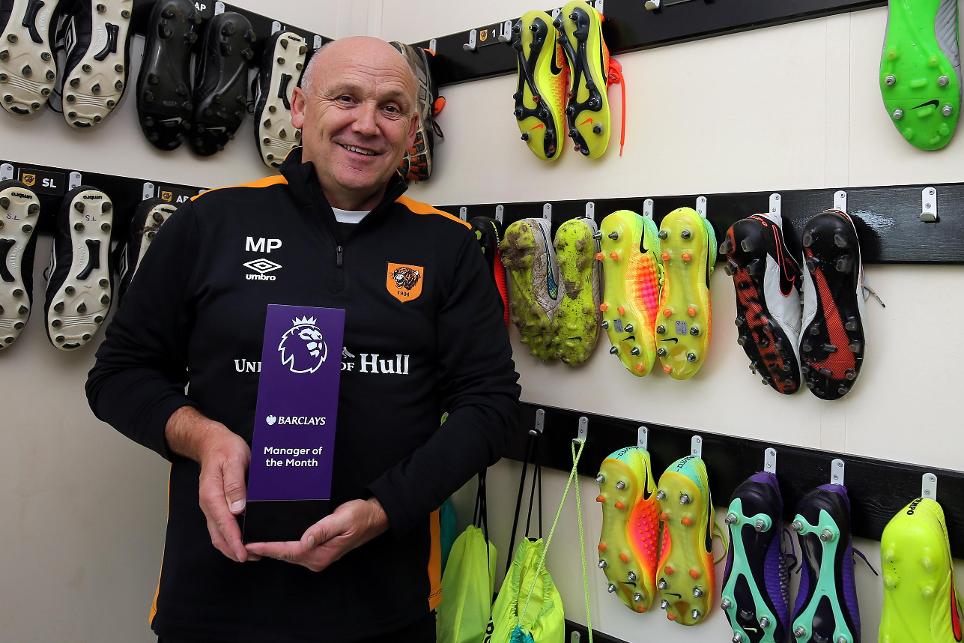 The 2016/17 Premier League has many stellar managerial names but one manager of lesser fame has pipped the "big guns" to the first award of the season.

Hull City's Mike Phelan has been named the Barclays Manager of the Month for August after he steered his promoted team to two wins in the opening three matches of the season.

After losing the manager, Steve Bruce, that got them promoted and with no new arrivals, several senior departures and injuries to key members of the squad, Phelan channelled the spirit that earned Hull an immediate return to the Premier League to guide his squad of limited numbers to victory over Leicester City, the champions, on the opening day, a 2-0 win away to Swansea City in Matchweek 2, and to within a few minutes of holding Manchester United to a goalless draw at the KCOM Stadium before Marcus Rashford's stoppage-time winner for the Red Devils.

"I am honoured," Phelan said. "It's an honour you don't expect, being caretaker manager. It's a credit to the football club and to the players for all their endeavours that have given me this achievement.

"It's been a turbulent summer. We had a small amount of players available to us but, to all intents and purposes, they stuck to their task really well and it has got us off to a decent start.

"The players needed some support; we have that now, to some degree. I think that the quality of the players brought into this football will lift the standard and we are hoping we can have a successful season."

The votes of a panel of experts and the public were combined to mean that Phelan beat a shortlist of Antonio Conte (Chelsea), Pep Guardiola (Manchester City) and Jose Mourinho (Manchester United).

While it is Phelan's first such award, it is only the second time Hull's manager has claimed it. Phil Brown was named manager of the month for September 2008.