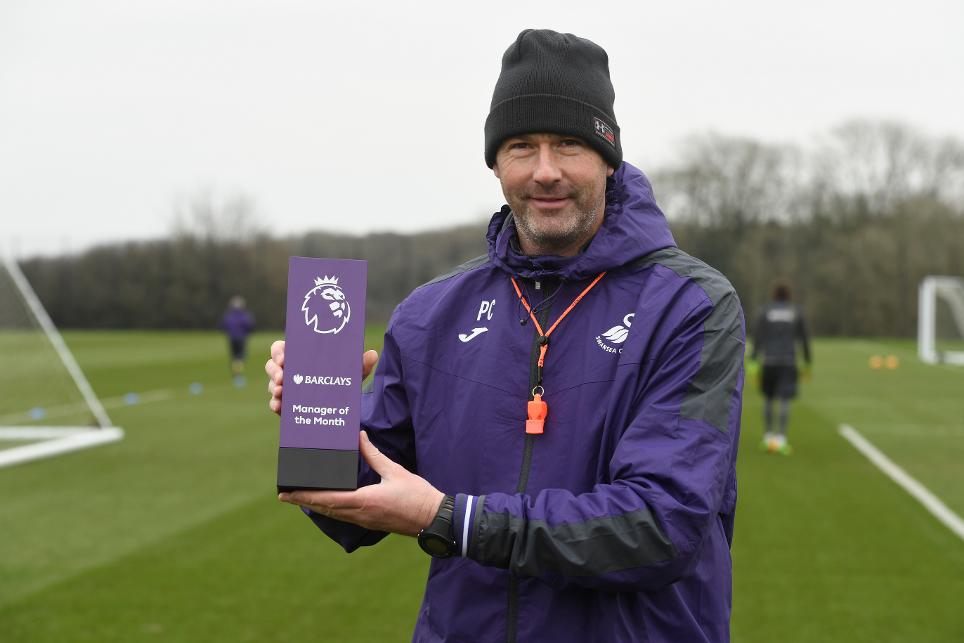 Paul Clement has been rewarded for Swansea City’s impressive run of form with the Barclays Manager of the Month award for January.

After taking over on 3 January with the Swans four points adrift at the bottom of the Premier League table, he arrested a run of four straight defeats with nine points from 12 in January.

Swansea recorded three victories, beating Crystal Palace, Southampton and securing the club's first win at Anfield, to move out of the bottom three.

"It was a nice surprise," Clement said of the award. "Also because of the other managers who had very good results and teams this month.

"I was absolutely confident in my ability to do this job, and I haven’t done the job. There’s a long way to go."

The 45-year-old Englishman was selected from a shortlist that featured Everton’s Ronald Koeman, Stoke City’s Mark Hughes and Mauricio Pochettino, of Tottenham Hotspur.

He is the first Swansea manager to win it since Garry Monk in August 2014.

Clement’s accolade completes an awards double for Swansea, after striker Oliver McBurnie was named the Premier League 2 Player of the Month.

See: Past winners of Barclays Manager of the Month