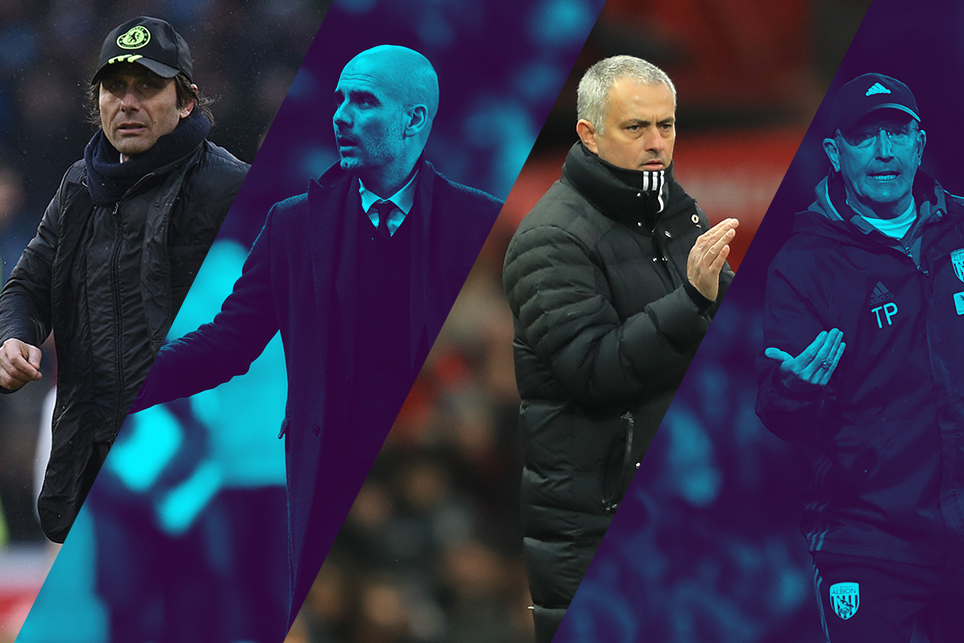 Select one of Pep Guardiola, Tony Pulis, Antonio Conte and Jose Mourinho for the February award

West Bromwich Albion head coach Tony Pulis is among the four nominees for February's Barclays Manager of the Month Award.

He guided his Baggies side to two wins and a draw last month and is on the list with Manchester United's Jose Mourinho, Manchester City's Pep Guardiola and Chelsea's Antonio Conte, who is aiming for his fourth Barclays Manager of the Month Award of the season.