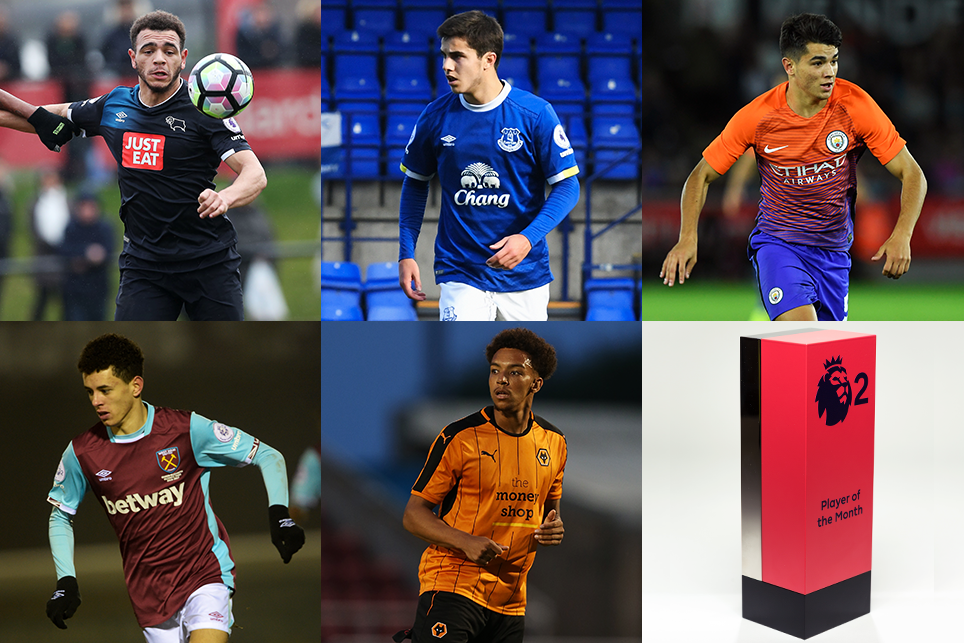 Five players have been nominated for the Premier League 2 Player of the Month award following their impressive displays in February.

At 17 years of age, Manchester City's Brahim Diaz is the youngest nominee, having netted three goals in two matches during the month.

The nominees are decided after PL2 managers picked out the best individual performance from each of their opponents last month, while the winner will be selected by the Premier League Football Development Department next week.

Mason Bennett set up a goal and scored the late winner as Derby County won 2-1 at Liverpool in February, and two weeks earlier he helped the Rams beat Manchester United 5-3, also in Premier League 2 Division 1.

In addition, he came on as a substitute in the 1-0 EFL Championship defeat at Aston Villa.

Liam Walsh netted the opener in front of 5,500 spectators at Goodison Park as Everton cemented their position as Division 1 leaders with a 2-0 victory over Southampton. The midfielder also played in a 1-0 victory over Arsenal in February.

The 17-year-old stood out with a hat-trick in Manchester City's 4-3 victory over Chelsea at Aldershot, and he also impressed in a 4-1 success against Sunderland earlier in the month.

West Ham signed Nathan Holland from Everton in January and he made an instant impact, scoring the first Premier League 2 goal at the London Stadium in a 2-0 victory over Division 2 promotion rivals Fulham and getting another in a 3-0 Premier League Cup victory over Nottingham Forest.

Donovan Wilson took his tally to 10 goals this season with two strikes in February, one in a 2-1 win over Brighton & Hove Albion and another during a 1-1 draw with Stoke City. He also came on as a substitute in the FA Cup defeat at Chelsea.