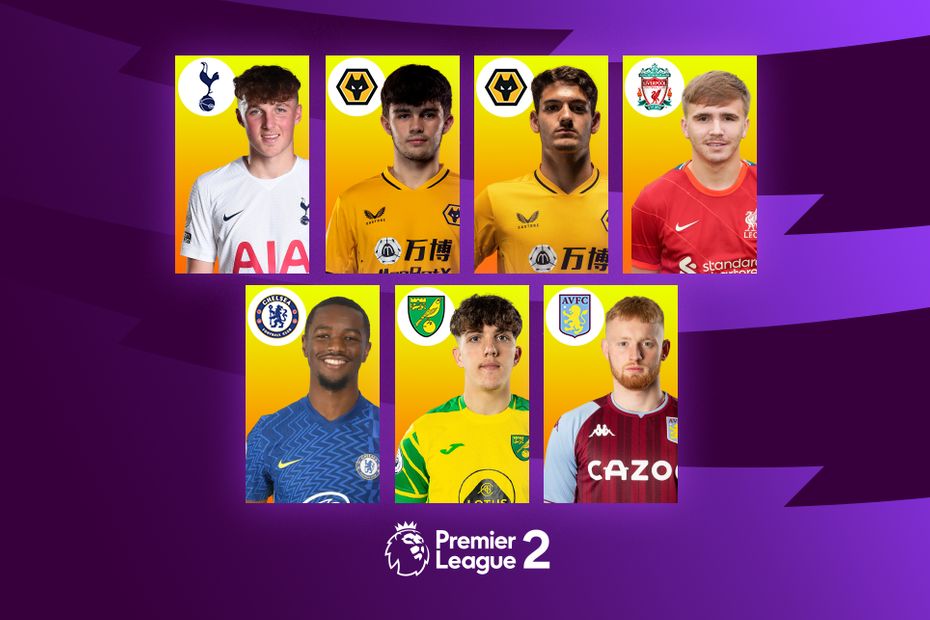 Seven Under-23 players have been nominated for March 2022's Premier League 2 Player of the Month award.

Seventeen-year-old midfielder Devine impressed for Tottenham Hotspur, netting twice in three appearances. He scored in a 2-1 north London derby defeat against Arsenal and ended the month with another goal in a 3-1 victory over Leicester City.

The forward netted three of Wolverhampton Wanderers' 11 Division 2 goals in March as they won all three matches. Harkin scored a brace in a 4-0 victory at West Bromwich Albion and struck in a 4-2 success away to Southampton. The 18-year-old also helped his side to a 1-0 Premier League Cup win at Wigan Athletic.

The 19-year-old was a key figure in Wolves' defence, helping to keep two clean sheets from three league matches in March. Marques scored against West Brom and was made captain for the win at Southampton. He also claimed another shutout in the PL Cup triumph over Wigan.

Norris, an 19-year-old defender, was influential in defence and attack as Liverpool enjoyed an unbeaten month in Division 1. He scored in a 7-1 triumph against Spurs and helped the Reds keep a clean sheet at leaders Manchester City.

The 19-year-old midfielder played two matches in Division 1 as Chelsea went through the month without defeat. Rankine's influence helped them draw 1-1 with West Ham United, before he assisted the Blues' goal in their first win since January as they beat Leeds United 1-0.

It was a prolific month for the striker, 19, who produced four goals and an assist in three matches as Norwich City moved up to second in Division 2. Springett struck twice in a 2-1 win at leaders Fulham, who have already secured the title, before netting twice more and setting one up in a 4-0 success at Stoke City.

Aston Villa's 19-year-old midfielder played in both of his side's fixtures in March, which began with him creating the first goal and scoring their second as they were held to a 2-2 draw with Southampton. He also impressed despite Villa being beaten by Wolves.