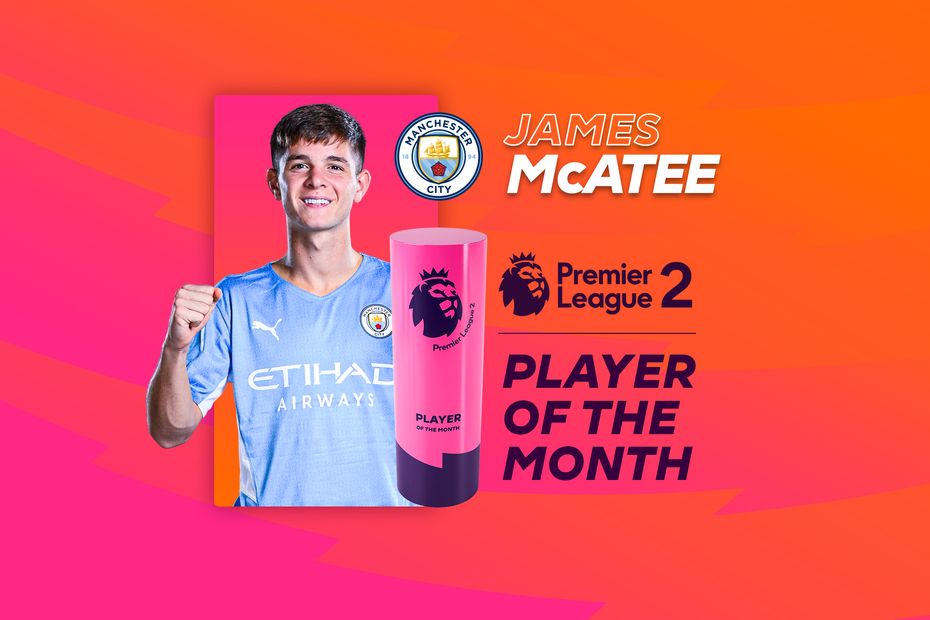 James McAtee has been named the Premier League 2 Player of the Month for August.

The 18-year-old Manchester City midfielder wins the award after a memorable month in which he claimed seven goals and an assist in four matches across all competitions.

McAtee was also on target in a 3-0 EFL Trophy victory at Scunthorpe United.

He is the third Man City player to win the award within the last 12 months, after Cole Palmer and Liam Delap did so in their 2020/21 title-winning season.

McAtee was chosen as winner by the Premier League Football Development Panel after PL2 club coaches picked out the best performance by an opposing player in each of their league matches during the month.

See: Nominees for August 2021's PL2 Player of the Month