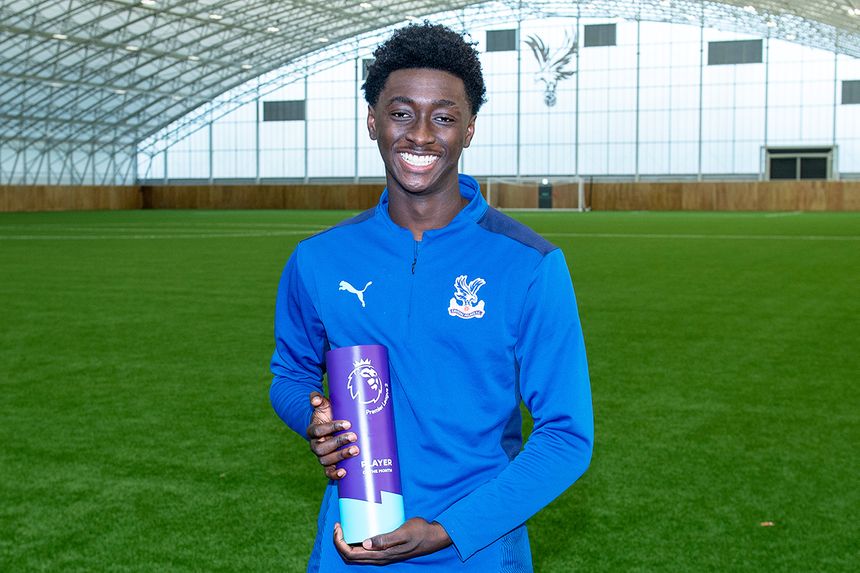 The 19-year-old midfielder claimed the award thanks to an outstanding month, in which he scored three goals and provided one assist as Palace picked up seven points from their three February matches in Premier League 2 Division 1.

Rak-Sakyi produced a goal and an assist in the impressive 4-1 win at Tottenham Hotspur and he helped Palace draw 2-2 with Manchester United before ending the month with a double as they beat Brighton & Hove Albion 2-0.

Having been shortlisted twice previously this season, it is third time lucky for Rak-Sakyi, who claims the PL2 prize for the first time in what has been a superb season for the teenager.

Rak-Sakyi, who joined from Chelsea in 2019, now has 14 goals in PL2 Division 1 this season, the second-highest figure after Manchester City's James McAtee. He has also provided five assists.

He also made his Premier League debut in August 2021, against his old club at Stamford Bridge.

He was selected by the Premier League Football Development Panel after PL2 club coaches chose the best performance by an opponent in their league matches during the month.