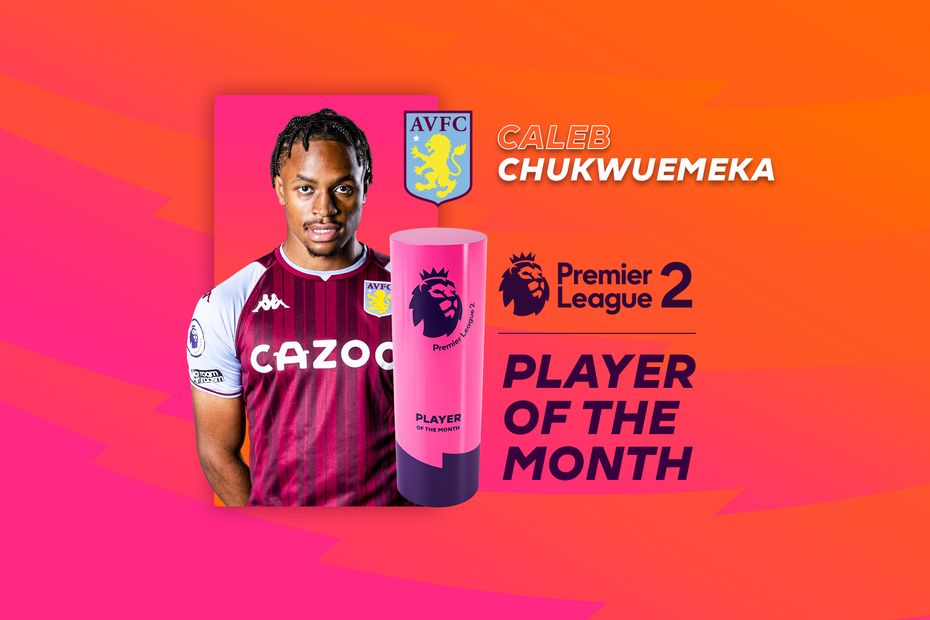 Aston Villa striker Caleb Chukwuemeka has been named the Premier League 2 Player of the Month for September.

The 19-year-old earned the award thanks to five goals and one assist in three PL2 Division 2 matches for Aston Villa.

Chukwuemeka scored a hat-trick in a 4-2 victory over West Bromwich Albion. He followed that up a week later with two goals and one assists in an 8-0 win at Stoke City, with brother Carney netting twice and setting up two more in the same match.

Chukwuemeka signed for Villa from Northampton Town this summer, along with Carney.

See: Nominees for September's 2021 Player of the Month