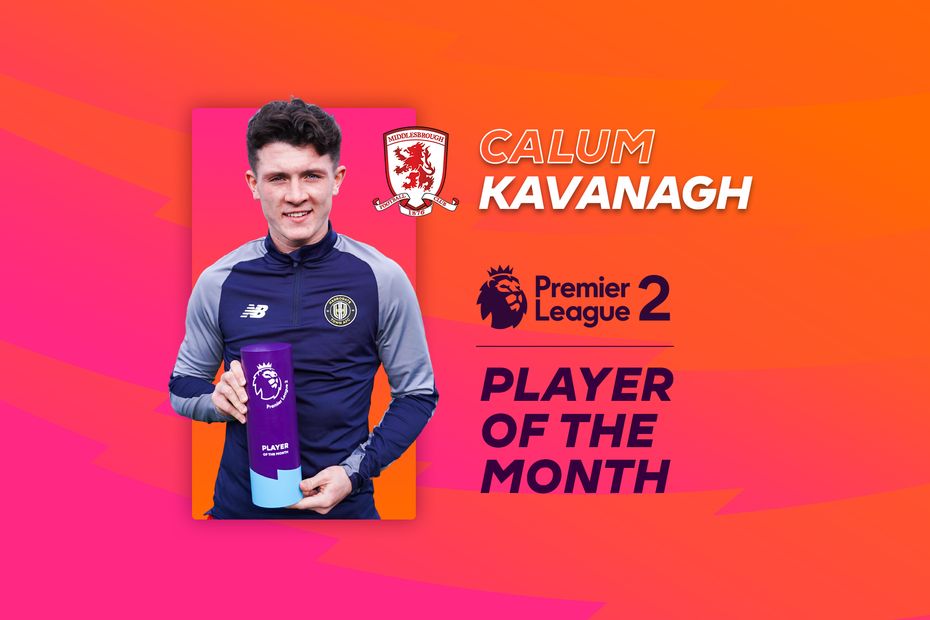 Middlesbrough striker, now at Harrogate on loan, wins award after five PL2 goals in the month

The 18-year-old forward claims the prize following a prolific month in which he netted five times in Premier League 2 Division 2, alongside the two goals he scored in the Premier League Cup.

Kavanagh, a Republic of Ireland Under-19 international who has since joined League Two side Harrogate Town on loan, began January with a brace in a comprehensive 5-0 PL Cup triumph at Queens Park Rangers.

He then struck twice in a 2-1 win at Aston Villa, before scoring a hat-trick in a 3-2 home victory over Sunderland.

'This is just the start'

“I’m really happy," said Kavanagh after being presented with his award. "I have had a little bit of experience in [Premier League 2] and really enjoyed it. I managed to score a few goals.

"It’s been massive in me building to first-team football now. This is just the start. Hopefully I’ll do great things here [at Harrogate] and win a few awards as well."

He was selected as the winner by the Premier League Football Development Panel after PL2 club coaches chose the best performance by an opposing player in each of their league matches during the month.

See: Nominees for January 2022's PL2 Player of the Month