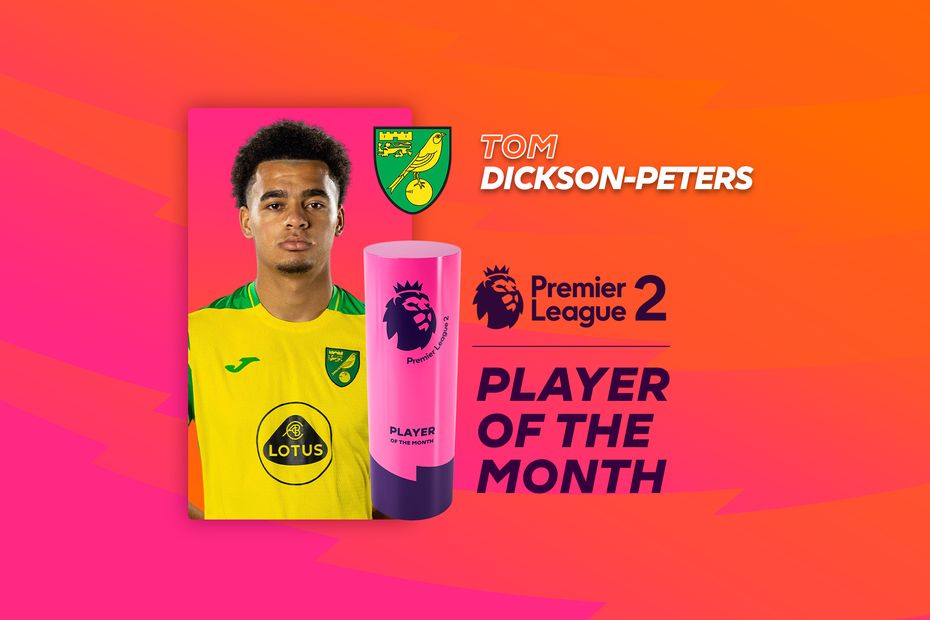 The 19-year-old forward had an outstanding month, in which he struck four goals across two high-scoring wins for Norwich in Premier League 2 Division 2.

Dickson-Peters, who joined the Canaries' Academy at Under-15 level in 2017, started by hitting a hat-trick in the Canaries' 5-2 victory over Reading before netting again in a 4-3 triumph over Southampton.

The Scotland Under-19 international was also given a place among the substitutes for Norwich City's Premier League match against Aston Villa.

See: Nominees for December's 2021 PL2 Player of the Month