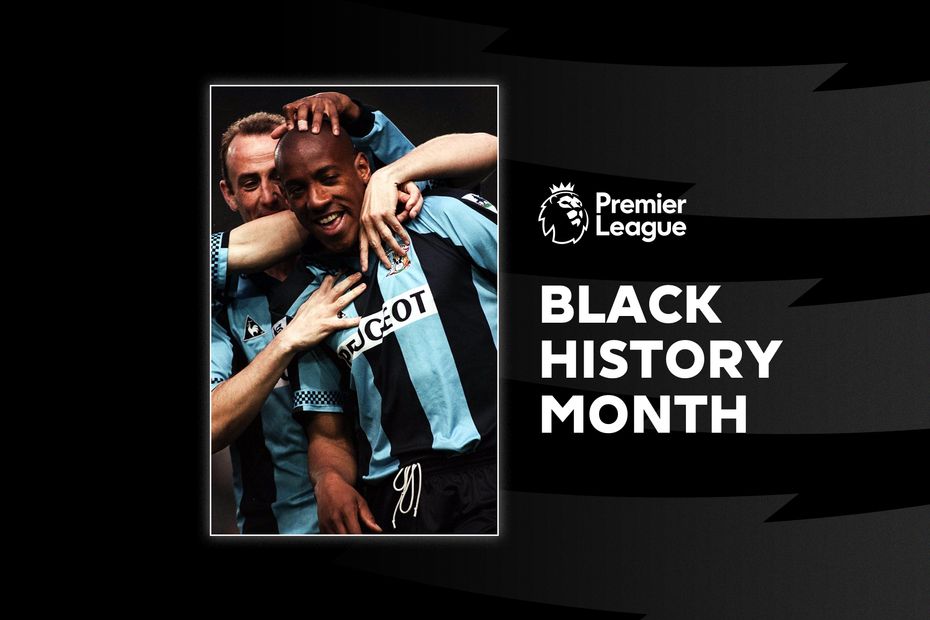 After starting his career as a centre-back for Cambridge United, Dion Dublin transitioned to a centre-forward role and his prolific goalscoring helped the club to successive promotions from the fourth to the second tier of English football.

He earned a dream move to Manchester United in August 1992, and later that month Dublin wrote his name into Man Utd's history books when he scored their first ever Premier League winner to help them beat Southampton 1-0.

However, his debut season came to a premature end, as just over a week later he suffered a broken leg against Crystal Palace.

The injury ruled him out for the next six months and was a devastating blow to the striker.

Dublin's resilience and determination helped him recover, but upon his return United had brought in Eric Cantona, who went on to become a catalyst for the club's dominance of the Premier League in the 1990s.

So a move to Coventry City in September 1994 provided the forward with a fresh start.

He scored 27 goals in 65 appearances in his first two seasons as the Sky Blues recorded back-to-back 16th-placed finishes.

But it was in the following season when his goals would be more crucial than ever.

Dublin netted 12 times in 33 matches prior to the final day with Coventry sat in 19th, two points from safety.

The striker then scored the opening goal in a 2-1 victory at Tottenham Hotspur, and combined with Sunderland and Middlesbrough both failing to win, Coventry confirmed their Premier League status for another season.

During his time at Villa, Dublin suffered a broken neck, but he was miraculously back in action three months later.

Dublin, who was capped four times by England in 1998, retired in 2008 while at Norwich City. He then moved into football punditry.

In 2015, he became a presenter of the British daytime television show Homes Under the Hammer while continuing to appear as a pundit on broadcasts such as the United Kingdom's Match of the Day 2 highlights programme.