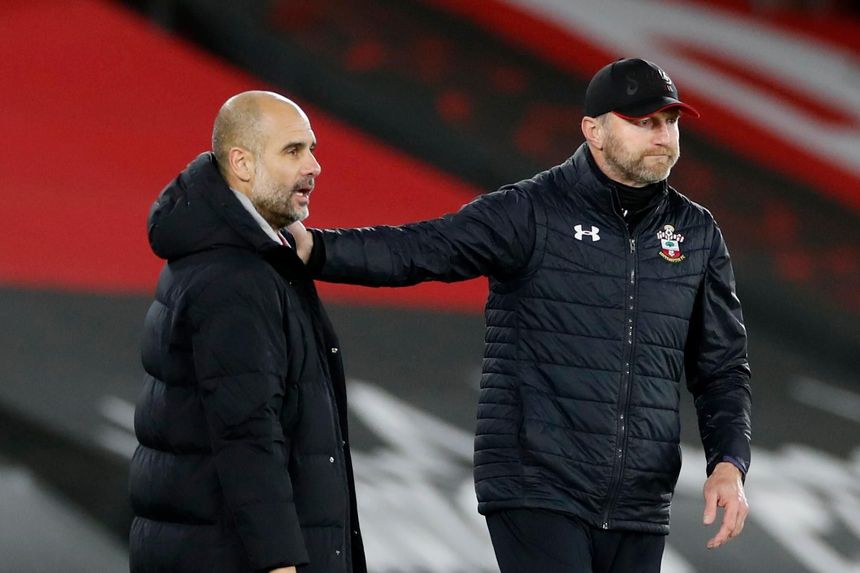 Out of the 16 who took charge of all 38 matches, only four deployed their most-used shape in at least 75 per cent of fixtures.

Southampton’s Ralph Hasenhuttl was the only manager to retain the same system for every single match.

The Austrian decided a 4-4-2 formation suited his team best and kept faith with it, even when Saints’ form dipped in the second half of the campaign.

Manchester United, Liverpool and Burnley were the other clubs who opted for a very consistent tactical approach.

The preferred choice was to flit between formations on a match-to-match basis.

Fifteen of the 24 managers used both a back three and a four-man defence over the course of the season, a clear sign of this growing penchant for tactical flexibility.

While these changes can affect rhythm and familiarity, the ability to switch shape - especially mid-match - is an asset the majority of managers wish to embrace.

Everton's Carlo Ancelotti was the least settled in terms of a favoured starting formation, using no system more than nine times.

Brighton & Hove Albion's Graham Potter was the most experimental, using 13 different shapes across the campaign.

Most changes to formation

The ever-popular 4-2-3-1 extended its dominance as the Premier League’s first-choice formation, with nine clubs using it.

But there was a significant change to the way the 3-4-3 system was used, with many managers moving their wide forwards inside to form a slightly narrower 3-4-2-1.

Thomas Tuchel made this his stock formation at Chelsea, using it in 15 out of 19 matches with great success, while it was also well-liked by Potter (10 matches), Scott Parker (nine) and Brendan Rodgers (eight).

The shift from 3-4-3 to 3-4-2-1 provides more defensive solidity down the middle, with eight of the 10 outfield players being tucked in when the team are out of possession.

But to make this system a success in possession, you need adventurous wing-backs and mobile attacking midfielders who are comfortable in both central and wide positions.

With another subtle modification of the 3-4-3 shape, the 3-4-1-2 system also appeared more frequently.

A total of 21 different systems were used in 2020/21, an increase of three on the previous season.

One of those new shapes was 3-3-3-1, used five times by promoted Leeds United.

It is an innovative formation synonymous with Marcelo Bielsa, who will station two inverted wing-backs either side of his holding midfielder.

Playing this way allows his three centre-backs to split wider when building moves from the back, without leaving holes in the middle.

Meanwhile, in a 2-0 home win over Newcastle United in December, Pep Guardiola introduced a rarely-seen formation: 3-4-3 with a midfield diamond.

As a player under Johan Cruyff at Barcelona, Guardiola was often used as the defensive midfield pivot in this shape.

The Manchester City manager was a big advocate of this attack-minded formation during his time at Bayern Munich but, until now, it has rarely been seen in English football.

It will be interesting to see if the Spaniard tries it more often in 2021/22.