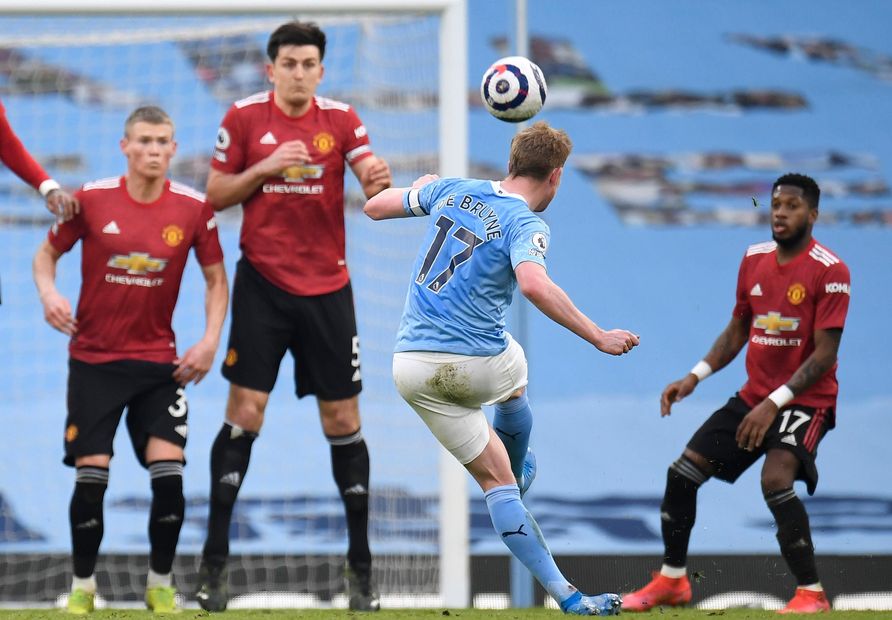 To achieve consistent end product from set-pieces, practice on the training ground is vital.

It should come as no surprise that their success rate suffered in 2020/21.

A congested fixture schedule dramatically reduced the amount of time available to work on dead-ball situations.

Repetition is fundamental, especially for set-piece takers, and they had far less time than usual to rehearse their routines.

Indeed, only 19.2 per cent of Premier League goals stemmed from set-pieces this term, a record low.

That share is down from 22 per cent in 2019/20, which is around the average across the last 10 seasons of top-flight football.

For the first time since such statistics were recorded in 2004/05, the total number of these goals dipped below 60, with only 49 finding the back of the net this way.

Across the last 17 top-flight seasons there have been an average of 27.4 goals per campaign registered from free-kick strikes.

It did not affect Southampton’s James Ward-Prowse, who scored four goals direct from free-kicks, but he was the only player to find the back of the net multiple times this way.

It was the first season in which only one individual scored more than once from a direct free-kick.

James Ward-Prowse is the best free-kick taker in the league.

The use of Video Assistant Referees to highlight infringements inside the penalty area led to a major increase in penalty goals.

For the first time there were more than 100 spot-kicks scored, with the total of 102 a 41.6 per cent increase on the 72 total of the previous campaign.

Only 23 of the 125 penalties awarded were missed, which is an indication that empty stadiums made it slightly easier to convert from 12 yards.

But did the absence of supporters lower concentration levels?

This may be true as an unusually large share of those misses were from penalty takers who failed to hit the target.

This led to actual penalty saves being rarer than normal, with just over 10 per cent repelled by a goalkeeper.

Referees showed 186 fewer yellow cards in 2020/21 than they did in the previous term.

The league's year-on-year decrease in tackling is also a factor to consider.

Interestingly though, 135 extra fouls were penalised this year.

Again, this could be because the lack of crowds made it easier for referees to hear the contact between the players.