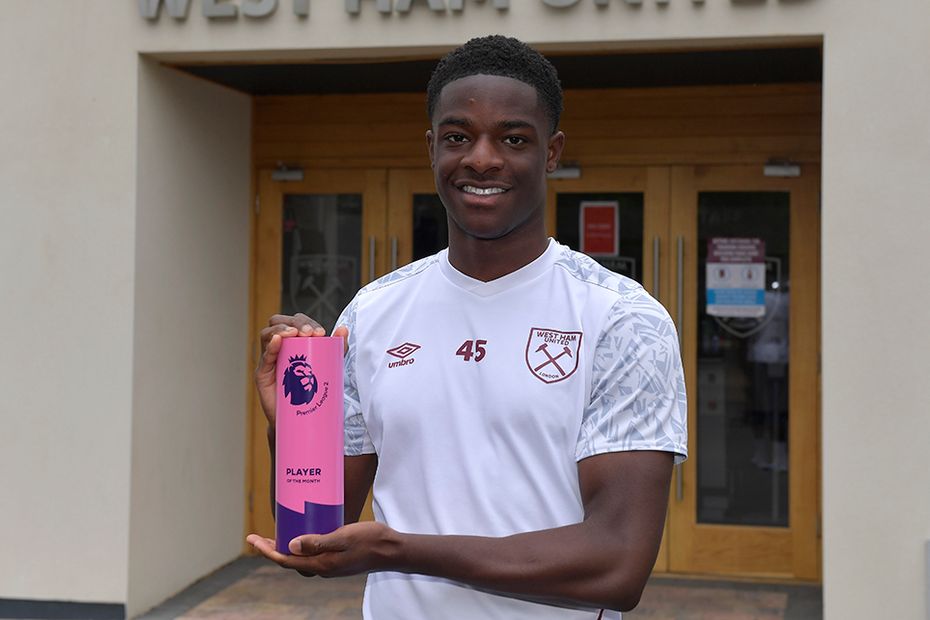 West Ham United's Ademipo Odubeko has been named the Premier League 2 Player of the Month for April.

Odubeko believes a new finishing technique has played a big part in his success.

"It feels good to win this award. The targets that I set helped me get to this award, so I’m thankful for that."

"As I've got older, since I turned 17 or 18, I think my ankle's got stronger so I was like, 'I'm going to start doing what I couldn't do back then,' trying to lace it into the corners.

"Sometimes in a game you may only get one chance, and that's the only chance you get, so you've got to score it.

Odubeko's first goals in April came when he struck a superb hat-trick as West Ham came from 2-0 down to triumph 3-2 at Manchester United, hitting the winner in stoppage time.

He then hit both of his side's goals as they again came from behind to beat Everton 2-1.

He was chosen as the winner by the Premier League Football Development Panel.