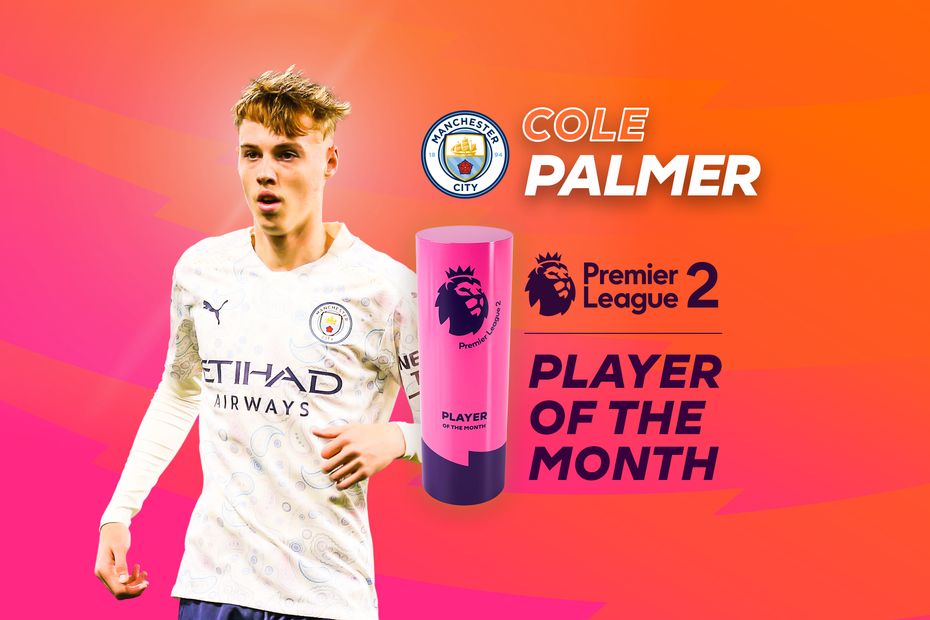 Palmer: Foden the inspiration for my Academy journey
Nominees for October's PL2 Player of the Month

Cole Palmer has been named the Premier League 2 Player of the Month for October.

The 18-year-old Manchester City midfielder wins the award after a memorable month that culminated in his UEFA Champions League debut.

Man City won all three PL2 Division 1 matches in October, with Palmer producing two goals and an assist in a superb performance against Leicester City.

He also earned a place on the substitutes' bench for Premier League matches at Leeds United and West Ham United.

He was chosen as winner by the Premier League Football Development Panel after PL2 club coaches picked out the best performance by an opposing player in each of their league matches during the month.