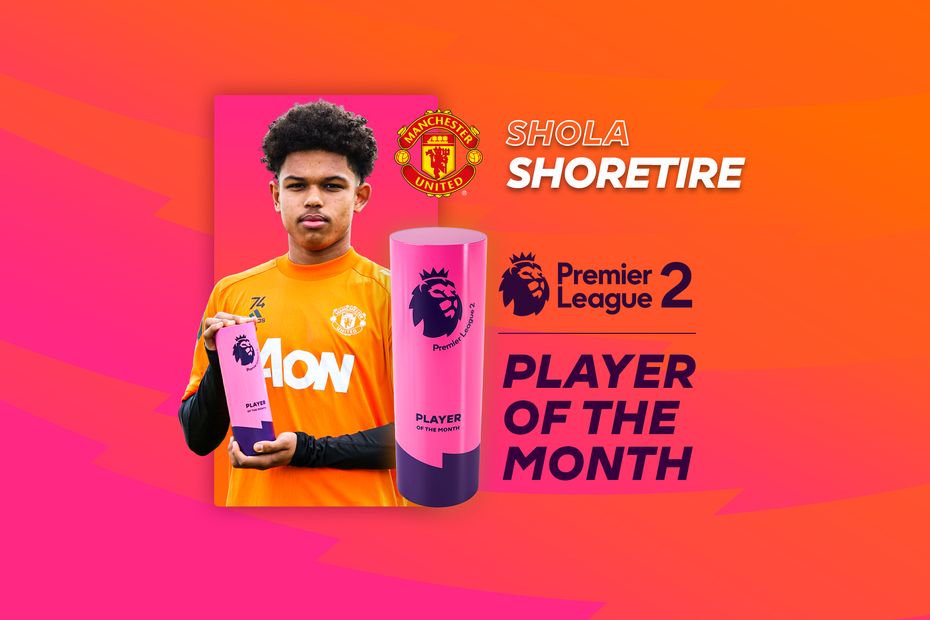 Owen: Shoretire has attitude and skill to succeed
Nominees for February's PL2 Player of the Month

How Shoretire reacted after setting a record External Link

The 17-year-old forward began the month with a superb performance against high-flying Blackburn Rovers in PL2 Division 1, scoring a hat-trick and providing an assist in a 6-4 victory.

Shoretire then netted a penalty in a 3-0 triumph against Arsenal, and his form not only earned him his first professional contract, it also caught the eye of Ole Gunnar Solskjaer.

He was handed a Premier League debut by the Man Utd manager against Newcastle United, coming on as a substitute in the 3-1 win.

A piece of history followed as Shoretire became the club's youngest ever player in a European match, playing 14 minutes in the goalless draw with Real Sociedad in the UEFA Europa League.

Shoretire was chosen as the winner by the Premier League Football Development Panel.