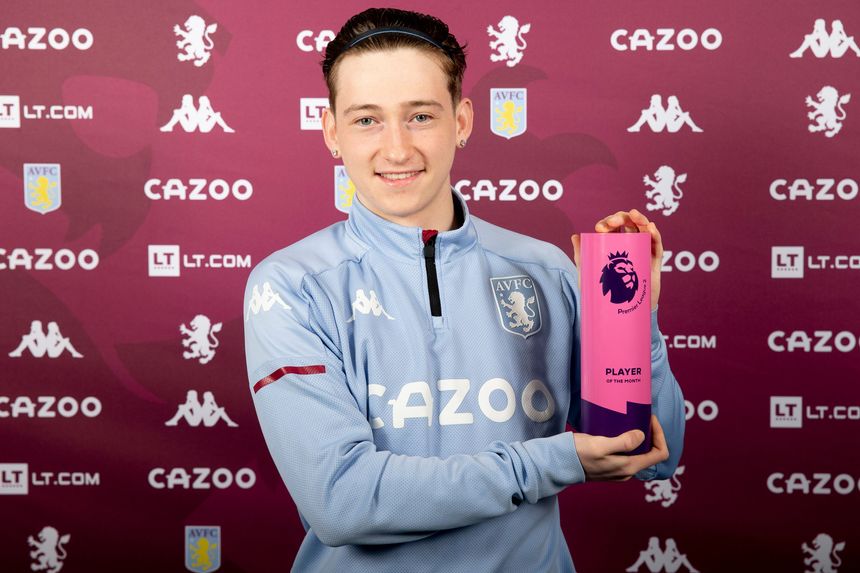 The 17-year-old forward began the month by scoring on his senior debut, getting an equaliser for a youthful Villa side before being beaten 4-1 by Liverpool in the FA Cup third round.

Barry then scored four goals in two PL2 Division 2 matches, claiming the decisive goal in a 2-1 victory over West Bromwich Albion before getting a hat-trick in a 3-2 win at Norwich City.

The England Under-17 international was chosen as the winner by the Premier League Football Development Panel.