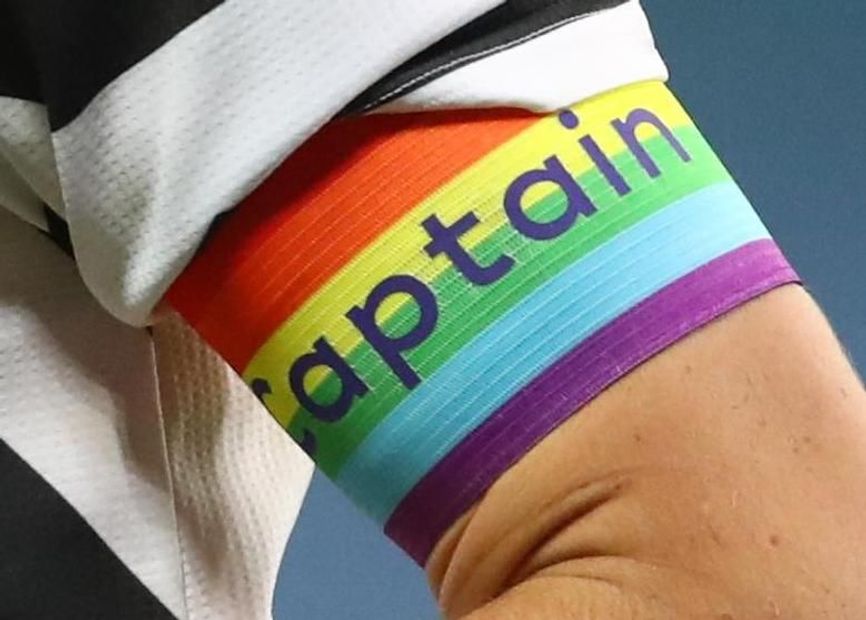 Stonewall's CEO, Nancy Kelley, tells us about the partnership with the League and Rainbow Laces, and explains what a positive impact it has for the LGBT+ community.

"I really hope fans see this new partnership as a clear sign that the Premier League is truly committed to championing LGBT+ inclusion.

"When Stonewall and the Premier League first signed our strategic partnership three years ago, it was a huge milestone for football and for sport more widely.

"It showed the world that the Premier League wasn’t being complacent and instead, was committed to making football inclusive and welcoming.

"Football really is now charging ahead of many other sports with so much energy and drive to make sport everyone’s game.

"On top of all the hard work the Premier League has put in, this new commitment builds even deeper programmes of work together to champion LGBT+ inclusion at every level of the game, and making sure that the full diversity of the LGBT+ community are supported.

"This isn’t just some 'box-ticking exercise'. The Premier League cares deeply about getting it right and this is a value that’s shared across all levels of the organisation. This is about long-term change, not flashy headlines. We both want LGBT+ inclusion to be woven into the very fabric of football, at every level.

“We knew from the first moments we started working with the Premier League many years ago that there was no easy fix or solution. The reasons why LGBT+ people feel shut out from sport are complex – with exclusion starting from a young age with anti-LGBT+ bullying in school sport.

"There’s no 10-point charter or pledge that will prevent someone from shouting anti-LGBT+ abuse from the stands or sidelines. It needs concentrated work, careful attention and a thoughtful strategy like this to continue making progress.

"While we’ve made great progress, and seen phenomenal enthusiasm from the Premier League and its fans, we know more needs to be done to kick discrimination out.

"That’s why this new partnership focuses on areas like education for Premier League Primary Stars and Premier League Kicks, along with LGBT+ inclusion in player care and support programmes.

"Real change takes time, effort and resource and I think fans can see the Premier League isn’t shying away, but continues to step up.

⚡️ How the #PL clubs have been showing their support for #RainbowLaces 🏳️‍🌈https://t.co/wUpjjOQcKN

"Allyship has been a key theme for this year's Rainbow Laces campaign and is important within the LGBT+ community, too. Allies are people who don’t identify as lesbian, gay, bi or trans themselves, but actively support, champion and promote an LGBT-inclusive culture. A cis (not trans) gay man can be an ally to a straight trans woman, for example.

"So we can think of allyship as the actions someone takes to improve things for LGBT+ people.

"Sometimes allyship might be things that seem quite small and simple, but can have a much bigger impact. Lacing up and wearing Rainbow Laces is an easy way to show others that you care about LGBT+ inclusion in sport, and you never know what it might mean for an LGBT+ person to see you wearing them.

"There are also plenty of LGBT+ athletes in all sports you can follow on social media or share positive news stories or interviews with them. You can also speak up when you see or hear anti-LGBT+ bullying or language.

Allies have a crucial role to play in making sure sport is everyone's game. This #RainbowLaces season, read our handy guide on the most effective ways to be an active ally to LGBT people within sport. (1) pic.twitter.com/QlCLMWuy7j

"As an ally, you can educate people around you, making sure that LGBT+ people don’t have to do all the work  on their own. It’s not always easy to use your voice, but it’s a crucial part of being an ally and can make a big difference for LGBT+ people in sport.

"When the Premier League acts, the football world stops and listens. So it makes a huge difference when the Premier League shines a light on the challenges LGBT+ people face in football and says very clearly that homophobia, biphobia and transphobia have no place on the pitch, in the locker rooms or in the stands.

"And we’re talking about the world – given the global reach of the Premier League. This might be one of the few times that some people see LGBT+ people celebrated in the media.

"But it also matters on a more personal level. Lesbian, gay, bi and trans people love football and love watching the Premier League. So it can mean the world to the people in our community who love the game, when they see the Premier League 'coming out' for LGBT+ equality!

"To see a visible show of support on the pitch is incredible. It’s not easy to put into words what it can mean to LGBT+ people when they see their favourite team or player wearing Rainbow Laces on the pitch. It’s not just that you feel like you truly belong, but also that there are people who love the game as much as you and are looking out for your wellbeing.

"The reason that makes so much of difference is that we know than two in five LGBT+ people (43 per cent) still don’t think public sporting events are a welcoming space for LGBT+ people.

"The visible displays of support we see on the pitch during Rainbow Laces matter and serve as a reminder that the sooner we kick discrimination out, the sooner we make sport everyone’s game."