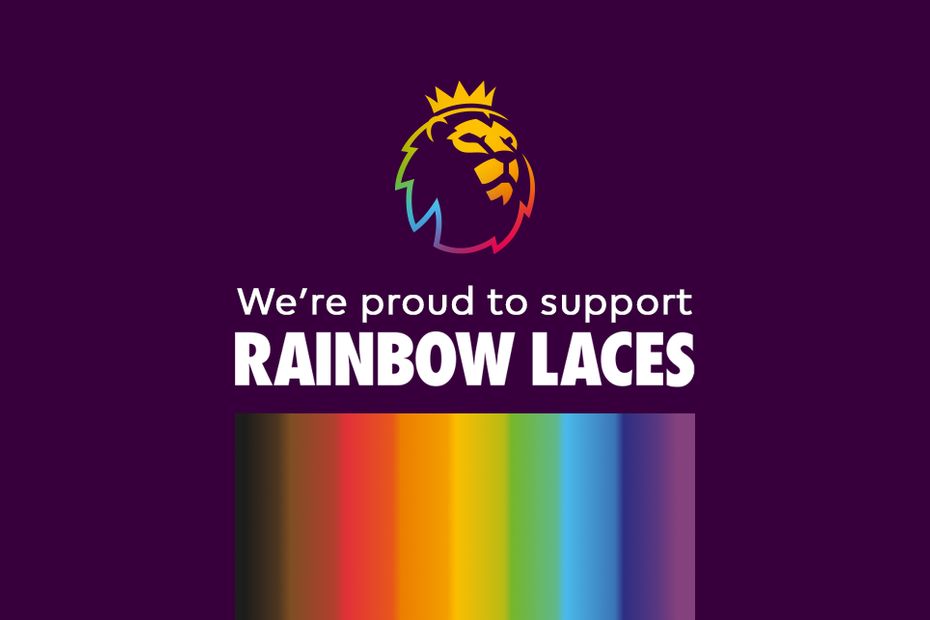 The Premier League has reinforced its commitment to promoting equality and diversity by agreeing a new two-year strategic partnership with lesbian, gay, bi and trans (LGBT+) charity Stonewall.

The next phase of the partnership builds on the positive work the League has carried out alongside Stonewall since 2017 to set the benchmark for LGBT+ inclusivity in sport.

The League and its clubs work together to promote diversity and inclusion across all areas of the game, creating safe and welcoming environments for all, regardless of sexual orientation or gender identity.

The League and Stonewall will develop new resources and programmes for coaches, teachers and leaders in schools and communities to help promote positive attitudes towards the LGBT+ community.

LGBT+ inclusion will also be a key element of player care and support programmes, which will be made available for all team age groups across Premier League clubs.

The announcement comes as the League and clubs prepare again to celebrate Stonewall’s Rainbow Laces campaign, which will be highlighted across two match rounds, from 4-13 December.

Premier League Chief Executive Richard Masters said: “The Premier League is committed to promoting equality in all we do and we are pleased to extend our relationship with Stonewall through this new strategic partnership.

“There is no place for discrimination of any kind in football or wider society. Our new partnership focuses on developing the positive LGBT+ inclusion projects we have carried out with Stonewall in recent years.

“A great deal of work has taken place to make football as welcoming as possible, promoting diversity on and off the pitch, and within our clubs’ communities. However, we know there is more to do and we look forward to making further progress.

“Fans will be able to see our support for the Rainbow Laces campaign over match rounds 11 and 12, which clearly demonstrates the ongoing commitment of the League and our clubs to LGBT+ inclusion in football.”

All fixtures within the Rainbow Laces period will feature campaign-specific matchday inventory, including substitute boards, ball plinths and handshake boards.

Rainbow armbands, laces and pin badges will be available for players and staff, with clubs also taking the opportunity to highlight the work they carry out to celebrate and support their LGBT+ communities.

Within the new partnership, the League will continue to be members of Stonewall’s Global Diversity Champion programme as well as maintaining Sport Allies sessions for employees.

Nancy Kelley, Stonewall's chief executive, said: “We’re immensely proud to announce the next phase of our strategic partnership with the Premier League during this year’s Rainbow Laces campaign.

"When we relaunched this campaign four years ago we knew we needed allies to raise awareness of the challenges facing LGBT+ people in sport.

"The Premier League’s early support for the campaign, and joining TeamPride, was a huge catalyst for driving change across football and sport more widely.

“Three years ago, the Premier League stepped up and demonstrated they were willing to go further by committing to a partnership with us to support their clubs and communities to better include LGBT+ people.

"While we’ve made great progress since then, and seen phenomenal enthusiasm from the Premier League, we both know more needs to be done to ensure no one is left behind.

“We look forward to continue building on our partnership and working ever more closely with the Premier League to create a game where all LGBT+ people are welcome and able to fulfil their potential in football.”

Part 2: Rainbow Blades bringing colour to Sheff Utd
Part 3: Premier League passion in the US: Katherine's story
Part 4: Spurs proud to show support for LGBT+ community
Part 5: Bellerin: I'm not afraid to support Gay Gooners
Part 6: 'We want LGBT+ inclusion woven in the fabric of football'
Part 7: Premier League clubs show Rainbow Laces support
Part 8: Proud Baggies aiming to educate fans
Part 9: How Man Utd are creating a club for all
Part 10: Cahill: Everyone should be accepted for who they are
Part 11: Justin: It’s important to learn about LGBT issues