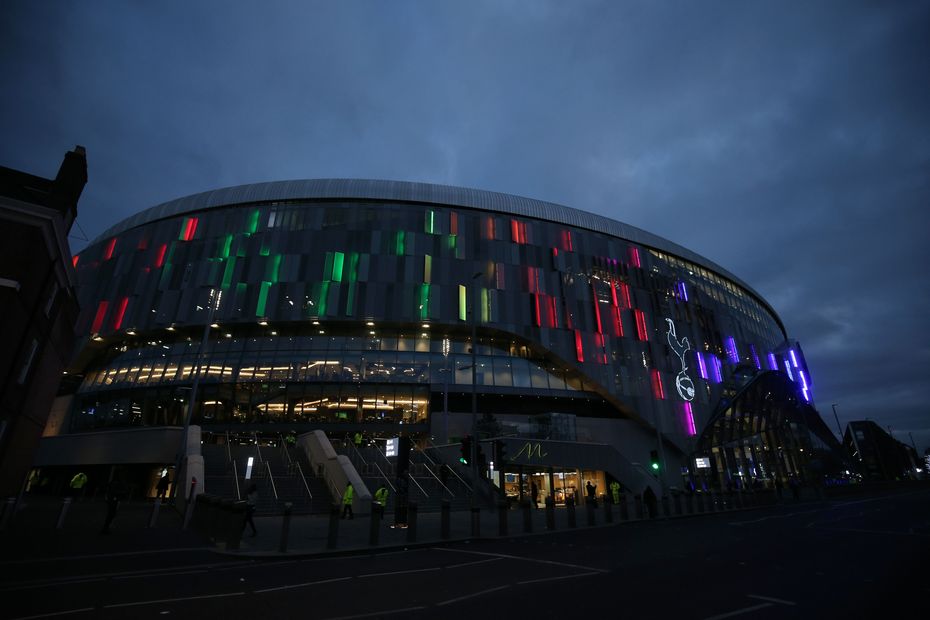 Premier League passion in the US: Katherine's story

Sunday's north London derby is a special match for Tottenham Hotspur not just because of the opponents, Arsenal, or the return of fans to the stadium. It is also the match to celebrate the club's support for Rainbow Laces.

As part of that, the Tottenham Hotspur Stadium will be illuminated in rainbow colours ahead of the derby, while players such as Son Heung-min will wear special rainbow-coloured boots.

Spurs were one of the first Premier League clubs to establish a LGBT+ supporters’ association, with the formation of Proud Lilywhites in February 2014.

Proud Lilywhites has worked closely with Spurs on a range of initiatives to engage the club’s LGBT+ fanbase, its staff and partners.

The group’s signature flag is seen at home matches, LGBT+ awareness training has been held for Spurs staff and matchday stewards, and football sessions for its members have been delivered by the Tottenham Hotspur Foundation.

Throughout the pandemic, Proud Lilywhites has organised virtual quizzes and pre-match meetings to keep its members in regular contact through challenging times.

Ahead of their Rainbow Laces match, the group held a special virtual chat with Spurs' first-team stars Pierre-Emile Hojbjerg and Eric Dier.

"We have to set the foundations with the youth and educate in the right way to effect a change over a long period of time," Dier says in the chat. "But also we can't just wait for those young people to grow up and implement that change.

"We have to confront those [opinions of] older people who have lived in different times."

When asked how the support of Spurs helps, one member Erin explains: "The idea of not being forgotten by your club is huge.

"With so many struggles of LGBT youths within their family or school situations to know that their club knows that they are an important human being is immense."