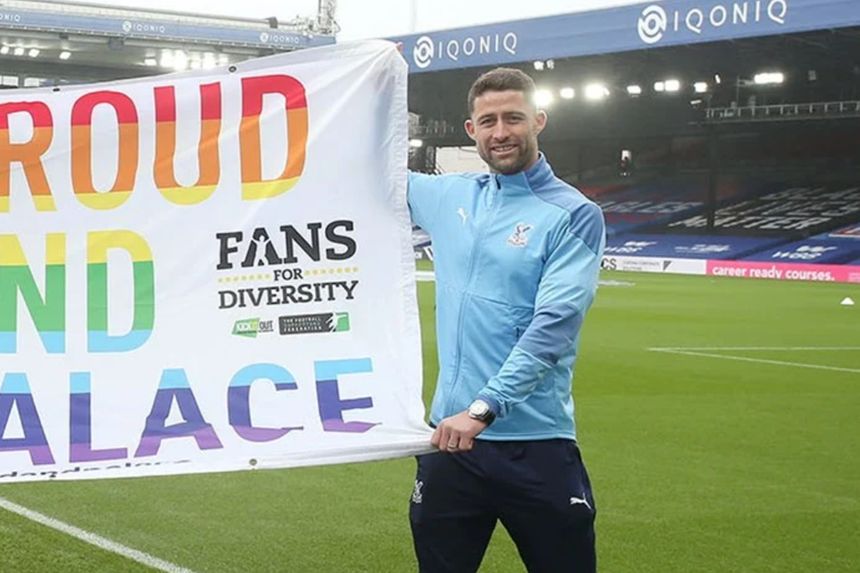 Gary Cahill believes players would be embraced and supported in the Premier League if they were to come out as gay.

The Crystal Palace defender was speaking after the first two Matchweeks of December highlighted the Premier League's ongoing commitment to equality and diversity with promotion of Stonewall's Rainbow Laces campaign.

"The game has changed a lot," he told Sky Sports. "It doesn’t have to be in football. In every walk of life everyone should be accepted for who they want to be.

"I don't think it will be that far away and I think it would be a good thing in terms of everyone else realising that everyone is accepted for who and what they are, race or whatever that may be."

Stand up and take note

Cahill says players and clubs play an important role in promoting the message that the LGBT+ (lesbian, gay, bi and trans) community should be embraced in life as well as sport.

"For us as players and football clubs, because we have the platform we do, you can influence people in the right way and send good messages," Cahill told the club's official website.

"I think it’s important that we do because people listen, stand up and take note of what players do or say. If we can impact in a positive way that's fantastic.”