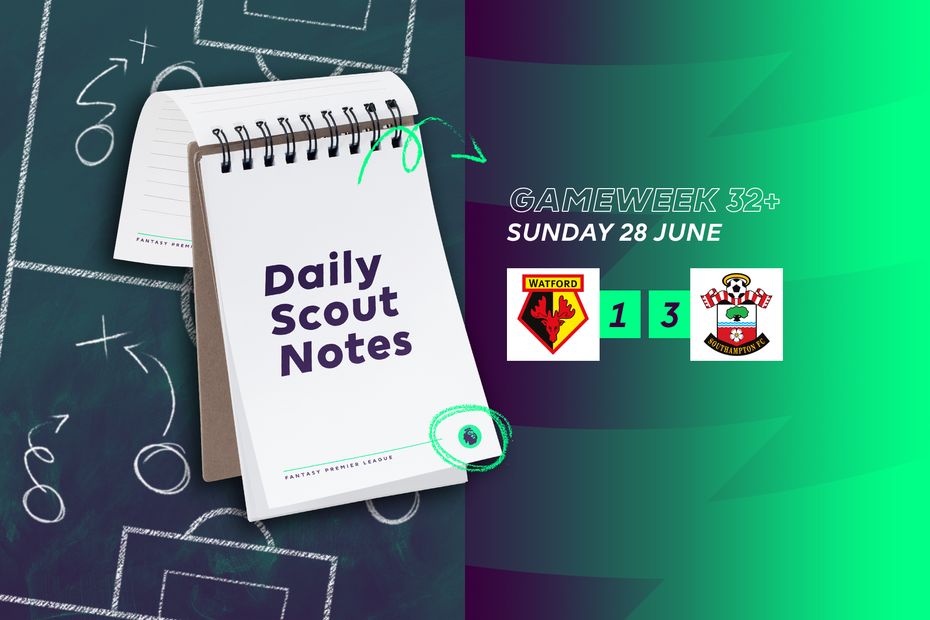 Danny Ings (£7.2m) scored twice in Southampton's 3-1 win at Watford to climb into joint-second place among forwards in FPL.

The Saints frontman claimed 13 points at Vicarage Road and is tied with Raul Jimenez (£8.3m) on 166 points, only five behind Jamie Vardy (£9.8m).

He scored and supplied an assist against Norwich City in Gameweek 30+, totalling 11 points at Carrow Road.

However, Southampton's upcoming schedule presents FPL managers who are considering buying Ings with a major "form versus fixtures" dilemma.

They are at home to Manchester City next before visiting Everton and Manchester United over the next three Gameweeks.

Ings totalled only 11 points in his previous meetings with those three opponents earlier in the season.

Nonetheless, his 25.5 per cent ownership are likely to hold Ings as Southampton's schedule improves significantly from Gameweek 36+.

Watford's upcoming fixtures offer hope they may yet provide FPL managers with value picks at the back.

Craig Cathcart (£4.3m) replaced Christian Kabasele (£4.3m) at centre-back and was among three starting defenders who cost less than £4.5m.

Nigel Pearson's side face Norwich, Newcastle United and West Ham United over the next four Gameweeks.