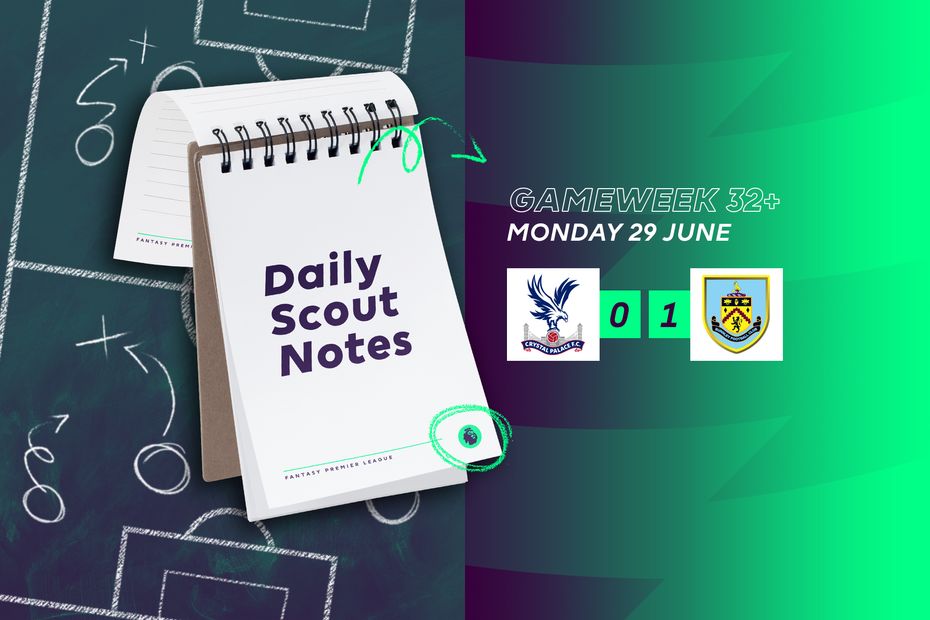 Burnley’s 1-0 win over Crystal Palace helped Nick Pope (£5.0m) extend his lead at the top of the FPL goalkeeper standings.

The Clarets’ No 1 now has 147 points, having racked up nine in the Gameweek 32+ win. He is 11 points clear of his nearest rival Kasper Schmeichel (£5.4m) between the posts.

And Pope's remaining schedule looks very promising for his 19.5 per cent ownership.

Pope now has 13 clean sheets this season, putting him one ahead of Liverpool's Alisson in the race for the Golden Glove award.

This suggests that doubling up on Burnley's defence could prove a worthwhile tactic over the run-in.

Although Erik Pieters (£4.2m) featured as a midfielder against Palace, his role in the starting XI is far from secure.

It is Charlie Taylor (£4.3m) who is the value pick among Burnley's defenders. The left-back has started every match from Gameweek 18 onwards.

They will face five of the current top seven teams in the Premier League in the remaining six Gameweeks.

Owners of Jordan Ayew (£5.2m) should consider Eddie Nketiah (£4.4m) as a cut-price replacement for their forward lines.