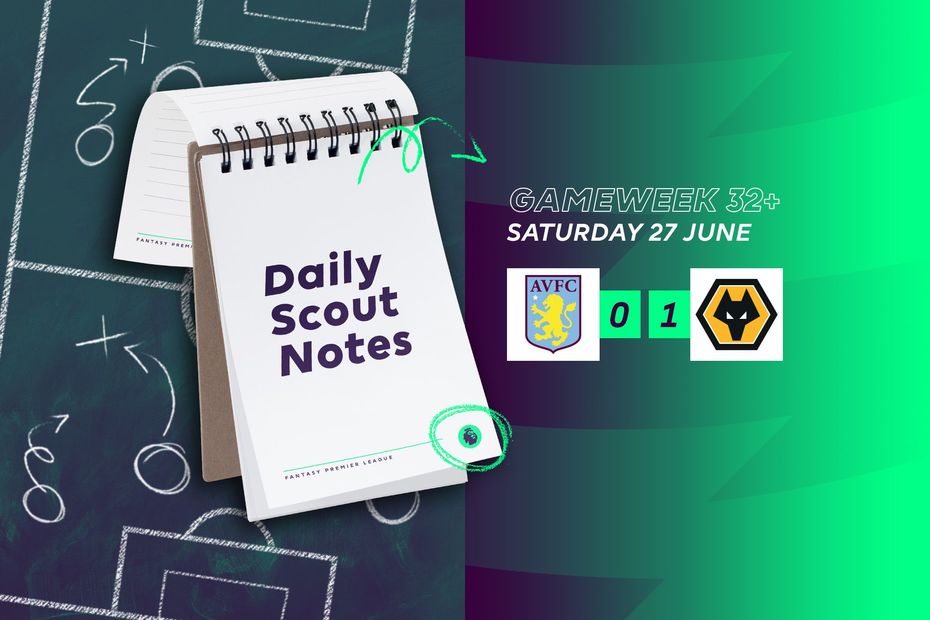 The all-round potential of Matt Doherty (£6.4m) makes him their standout pick at the back.

Wolves’ schedule suggests Doherty can continue providing returns at both ends of the pitch.

According to the Fixture Difficulty Ratings (FDR), each of their next five matches scores no more than three.

That lifts the appeal of doubling up on the Wolves defence, with Willy Boly (£4.8m) and Romain Saiss (£4.6m) offering value options.

In attack, however, there was disappointment for owners of Raul Jimenez (£8.3m) and Adama Traore (£5.8m).

The pair were among the five most-bought players in Gameweek 32+ but both drew blanks at Villa Park.

Traore dropped to the bench and his spot in Wolves’ starting line-up continues to look at risk. He has started just two of their last seven FPL fixtures.

For Aston Villa, a switch to 4-4-2 gave budget midfielder Keinan Davis (£4.3m) a return to the side.

Davis has started three of his side’s four matches since Premier League action resumed and could be a very handy option for FPL squads over the run-in.