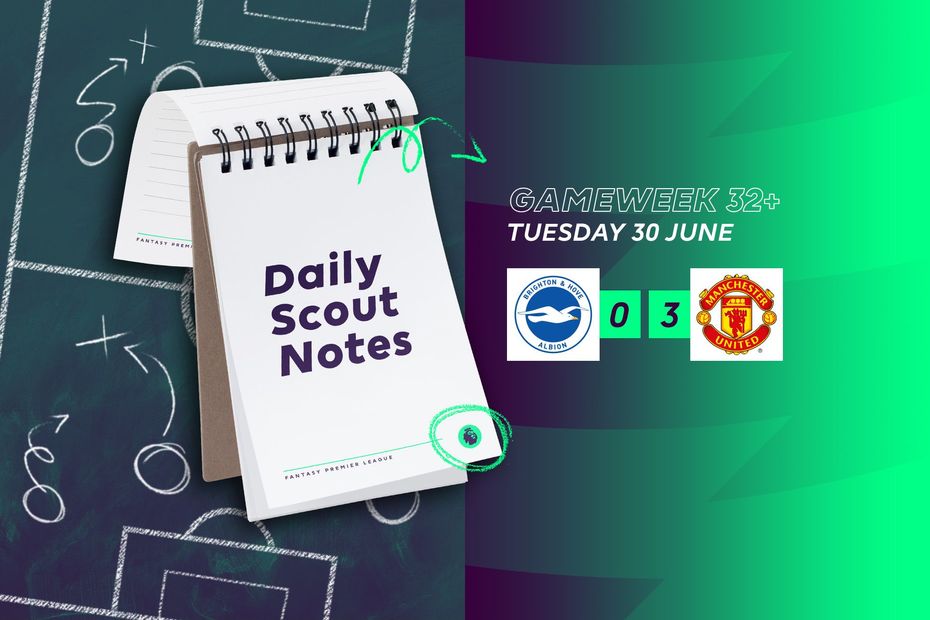 The Portuguese has now averaged 8.1 points per match since arriving in January, more than any other player in FPL.

Having started back-to-back Gameweeks, Greenwood could now be a genuine option for FPL managers’ starting line-ups for a very favourable run of opponents.

According to the Fixture Difficulty Ratings (FDR), all of Man Utd's final six matches score no more than three.

However, there was disappointment for the combined 650,000+ managers who bought either Anthony Martial (£8.2m) or Marcus Rashford (£9.1m). The two most-bought players in Gameweek 32+ both drew blanks.

At the back, Aaron Wan-Bissaka (£5.4m) is emerging as United's go-to pick.

He has combined three assists with six clean sheets since Fernandes arrived in Gameweek 25.

Indeed, his total of 57 points from that point onwards is 10 more than FPL's top-scoring defender, Trent Alexander-Arnold (£7.8m), during that period.

For Brighton, Aaron Connolly (£4.2m) started a second successive match and could be a handy budget forward for the run-in.

The Seagulls face Norwich City, Southampton and Newcastle United over the next five Gameweeks.