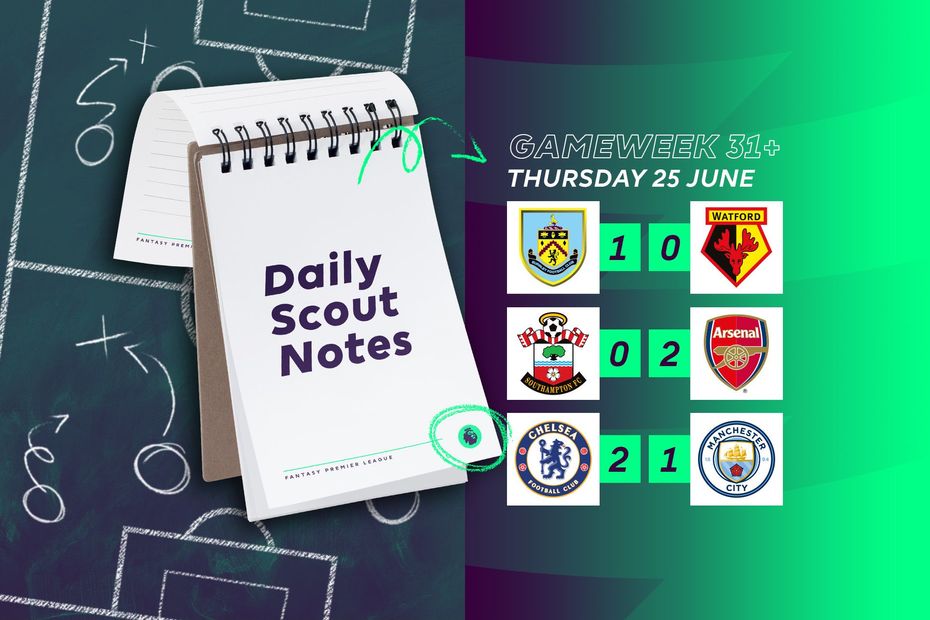 The Clarets' No 1 produced his 12th clean sheet of the season and totalled 10 points, overtaking Kasper Schmeichel (£5.4m) by two points at the summit.

Pope now has a very kind short-term schedule that can help secure his place at the top.

Sean Dyche's side face Crystal Palace, Sheffield United and West Ham United in the next three Gameweeks. Each of those opponents ranks among the bottom eight teams for goals scored this season.

Charlie Taylor (£4.3m) offers the value route into a backline that has kept 12 clean sheets this season, second only to the 14 of Liverpool.

Watford also embark on a strong run of opponents, with three home fixtures in the next four Gameweeks.

Nigel Pearson's side offer options at both ends of the pitch against Southampton, Norwich City and Newcastle United.

At a cost of £4.2m, right-back Kiko Femenia could provide great value.

In attack, Ismaila Sarr (£6.3m) has been Watford's star performer under Pearson.

The winger has averaged 8.1 points per home match for the new head coach, scoring four goals and supplying three assists in six outings.

Arsenal's 2-0 win at Southampton highlighted the value available to FPL managers at both ends of the pitch.

Replacing the injured Bernd Leno (£4.9m) in goal, Emiliano Martinez (£4.2m) made three saves and collected one bonus point for an eight-point return.

The Argentinian is the cheapest starting 'keeper in FPL.

He has now started five of the Gunners' last six matches and could be a very handy pick for managers who prefer a 3-5-2 formation.

It was, however, a disappointing evening for two of the four most popular forwards in FPL.

Aubameyang was handed the captaincy by the 609,000+ managers but blanked for a fourth successive match.

However, he has already enjoyed a successful meeting with his Gameweek 32+ opponents Norwich earlier this season.

Aubameyang scored twice and returned 13 points against the Canaries, suggesting he should not be overlooked for the captaincy.

Ings was also on the scoresheet against his upcoming opponents, netting once and earning nine points at home to Watford in Gameweek 14.

After being benched against Burnley, the Manchester City playmaker returned to the starting XI and scored their only goal in the 2-1 defeat.

An eight-point haul helped the Belgian to 201 points, four ahead of his nearest rival Mohamed Salah (£12.7m).

Riyad Mahrez (£8.5m) provided the assist for De Bruyne's strike and is the only outfield player to start all three matches for City since action resumed.

However, it was a disappointing evening for Gabriel Jesus (£9.6m).

Despite the absence of Sergio Aguero (£11.7m) due to injury, the Brazilian was named on the bench as head coach Pep Guardiola opted for a "false nine" formation.

For Chelsea, Christian Pulisic (£6.9m) is emerging as the form pick.

After scoring as a substitute at Aston Villa, the American was rewarded with a start against Man City and Pulisic justified his spot by netting the opener.

And the American can take advantage of a very kind schedule. According to the Fixture Difficulty Ratings (FDR), each of Chelsea's next five matches score no more than three.