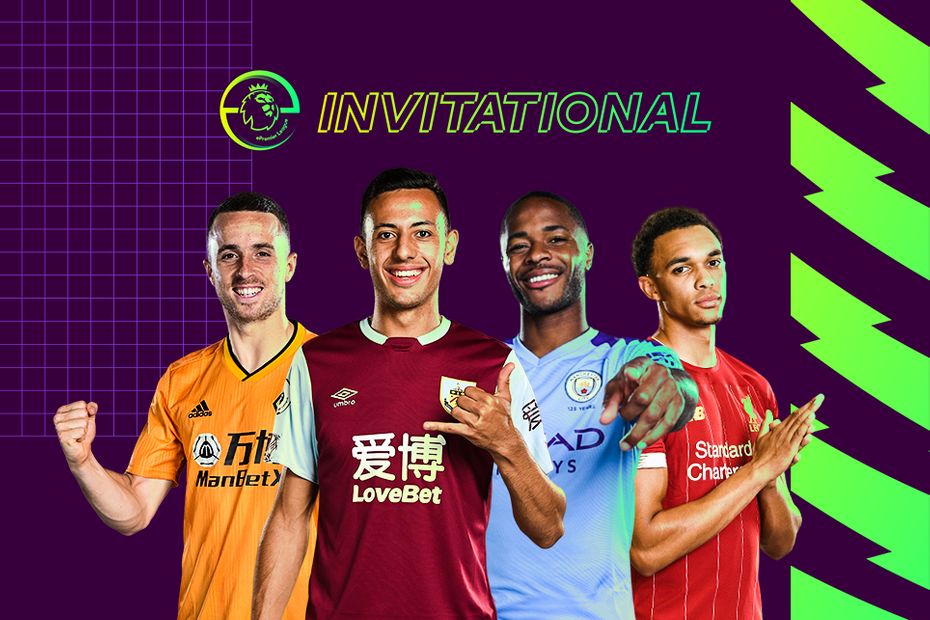 Man City winger talks the talk but can he walk the walk when he faces the Liverpool defender in today's first semi-final at 15:00 BST?

Raheem Sterling and Trent Alexander-Arnold are used to battling against each other at the top of the table but today their rivalry extends to the ePremier League Invitational tournament.

The Manchester City and Liverpool players go head-to-head at 15:00 BST in the first of Saturday's semi-finals as they fight for EA SPORTS FIFA 20 glory.

Opponents at club level but friends off the pitch, Sterling says this won't be the first time he has faced his England team-mate at the game.

"I kind of know how Trent plays so I'm looking forward to it," he says. "We've played before with the national team during camps in his room.

"I can't play FIFA on the TV so he wins every time! But when I've got this little set-up here, he's not beating me."

Alexander-Arnold admits he will have to be at the top of his game but is proud to have qualified for the final day after knocking out Manchester United and Newcastle United since the tournament began on Tuesday.

"I’m excited to make it to the finals," he says.

"Seeing the quality of the other players who have been playing, I'll need to bring my A-game. If you win the tournament you get the title of being the best Premier League player on FIFA – and I'd take that!"

"People can tune in and feel like a part of something together. The main thing is that people are staying safe and staying at home."

McNeil revealed how seriously the players are taking the competition after he progressed against one of the favourites, Neal Maupay, with a dramatic Golden Goal.

"I've not been that nervous before playing FIFA," he said. "I've never played a FIFA game that's been that tight!"

The prize fund for the ePL Invitational will go to the #PlayersTogether initiative, created by Premier League players as a collective way of generating funds for the National Health Service and distributing them where they are needed most.

The tournament is also promoting the message to "Stay Home, Save Lives", something that Alexander-Arnold is keen to highlight.

"The main thing is that people are staying safe and staying at home."

Sky Sports will also be airing the semi-finals and final in the UK on Sky Sports Main Event/Premier League, as well as on YouTube and Twitch.

We would also ask anyone inspired to play FIFA 20 to take regular breaks from gaming every 45 minutes.