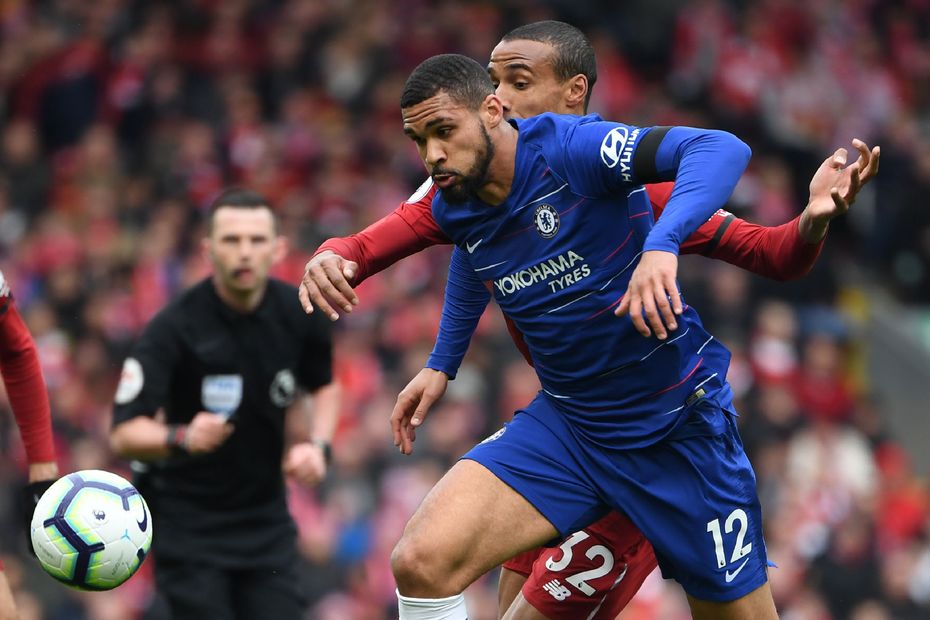 Ruben Loftus-Cheek has enjoyed an outstanding month in the Chelsea midfield at a critical stage of the season.

Since coming off the bench to score the winner at Cardiff City on 31 March he has earned Maurizio Sarri’s trust as a first-team regular.

In four consecutive Premier League starts in April, Loftus-Cheek has produced one goal and two assists as Chelsea won two and drew one of their matches to rise into the top four.

The 23-year-old is having the same impact that one of his England team-mates, Alex Oxlade-Chamberlain, had for Liverpool last season.

He is powerful but balanced with quick feet. These skills have changed the dynamic of Chelsea’s midfield.

Completing 12 successful dribbles in his last 343 minutes of action, many in central areas, Loftus-Cheek is opening up space to launch Chelsea attacks.

When he breaks the line it creates room for Eden Hazard or team-mates to run 1v1 at their markers.

Loftus-Cheek’s willingness to run with the ball at his feet in the congested midfield is uncommon.

No one else in the Premier League does so as often as him.

His average of 3.72 successful dribbles per 90 minutes this season far exceeds the 1.78 and 1.77 of two similar players in Kevin De Bruyne and Paul Pogba.

Many of the world’s best dribblers operate in wide areas but, statistically, Loftus-Cheek is outshining the Premier League’s wingers and is, by some distance, the best dribbling central midfielder.

The other aspect of his game that stands out most is Loftus-Cheek’s goal output.

At 6ft 3in his height makes him a big threat from crosses, but he is also capable of the spectacular. Two of his five goals this season have been struck from outside the box.

While he has played fewer minutes than many in 2018/19, Loftus-Cheek is the most clinical finisher in the Chelsea team.

With this kind of return, and the fact he rarely gives the ball away, Loftus-Cheek should play a key role in Sunday's match with top-four rivals Manchester United on Sunday.

His runs from midfield, on and off the ball, will need to be monitored closely by a United side who have struggled in defence and in tracking runners of late.