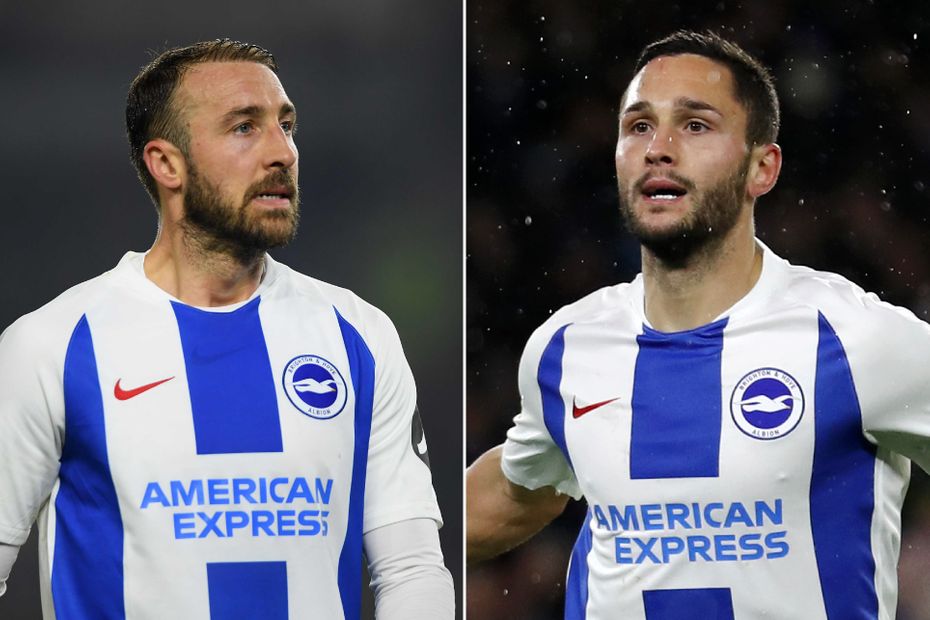 Murray: We'll do everything to win External Link
The fight to avoid relegation - the run-in

Knockaert back in the fold for Newcastle match External Link

Chris Hughton faces a selection dilemma for a huge match this weekend in Brighton & Hove Albion’s fight against relegation.

Who does he pick as his starting striker at home to Newcastle United on Saturday?

Glenn Murray is Brighton’s leading scorer this season. His 11 goals are more than double anyone else.

Brighton's reliance on Murray to score is evident when their second-highest scorer, with five goals, is central defender Shane Duffy.

But in recent weeks 35-year-old Murray has struggled.

The fight to stay up

Since the start of February he has scored only once in 747 minutes of Premier League action.

This has come as Brighton have won only two and lost seven of their past 11 matches, slipping to one place above the relegation zone.

Florin Andone is an alternative to Murray.

The Romanian has started only seven PL matches but has three goals. Two of those came as a substitute.

Looking at their recent contributions, the two forwards have near-identical records.

So it will be not be an easy call for Hughton.

Andone started in the midweek loss at Tottenham Hotspur and the 26-year-old struggled to make an impression, even if Brighton had only 21.5 per cent possession and spent 12.2 per cent of the match inside Spurs' final third.

He will still be fresher than Murray, having featured for only 270 minutes since the start of February.

Andone is also quicker and more mobile along the front line. His outstanding run and finish in December's 3-1 home over Crystal Palace outlined his ability on the counter-attack.

Across his last five starts the former Deportivo La Coruna forward’s top speed has been 33.93 km/h, compared with Murray's 32.38 km/h.

Andone used that speed to good effect when scoring headers in two matches against Huddersfield Town, darting across his markers to glance home.

But if Hughton’s strategy is to have a battling striker to hold the ball up for midfielders to join, Murray is better.

While Andone likes to run the channels, Murray prefers to scrap it out with central defenders within the width of the penalty box.

He is industrious and wins more aerial duels, coming out on top in 48.4 per cent, compared with Andone’s 33.7 per cent.

Although neither Murray or Andone have assisted a goal this season, the Englishman's style helps create more situations from which team-mates can pick up second balls.

Neither forward is in a rich vein of form, so a lot will depend on Hughton’s desired tactical approach.

If the Brighton manager wants to stick with his tried and trusted formula, Murray will likely start, with Andone offering potential from the bench.

However, should Hughton opt for a more counter-attacking approach, Andone would be the more sensible choice to start.

One point to note is that from open play Andone has scored at a faster rate than Murray across 2018/19, so Hughton may be tempted to give his back-up another chance.

If he gets this decision right, Brighton's hopes of securing safety will be given a huge boost heading into their final two matches against Arsenal and Manchester City.