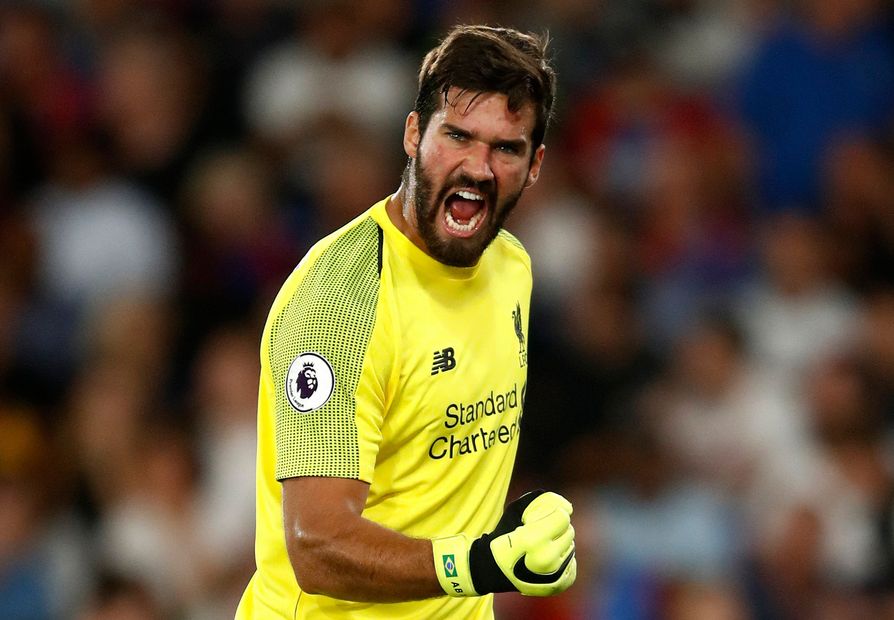 Inside Training: Up close with Alisson and co at Melwood External Link

In his first Premier League season Alisson has kept 19 clean sheets in 35 appearances, the most of any goalkeeper in 2018/19.

Imposing and authoritative, the signing from Roma has made a huge difference as the last line of Liverpool’s defence.

When it comes to his primary duty, making saves, Alisson is an upgrade on Liverpool’s other recent goalkeepers.

Liverpool have conceded only 20 goals all season, fewer than any other team.

But based on the quality of chances they have conceded, the Reds were expected to have let in 25 goals.

According to Opta, Alisson has prevented five extra goals from shots he would not have been expected to save.

To put that influence into perspective, neither Loris Karius (-0.64) nor Simon Mignolet (-0.81) prevented additional expected goals (xG) being conceded over the course of last season.

The Brazilian is at his best from close range, where his large frame and quick reflexes make him one of the best in the world.

The 26-year-old is an expert at stooping low and pushing the ball away with both hands, and at rushing out to narrow the angle for onrushing forwards. His speed is a massive asset.

As shown below, of all goalkeepers to have started at least five PL matches, Alisson is statistically the hardest to beat from efforts inside the box.

Save percentage from shots in box

Alisson has not been the busiest of goalkeepers, thanks in large to the impressive Liverpool defence marshalled by Virgil van Dijk.

Sixteen goalkeepers have made more than his 69 saves this season, with Lukasz Fabianski leading the way on 136.

But Alisson has made more stops per goal conceded than any one else, with 3.45.

So in spite of Liverpool’s success, he has proven to be a ‘keeper who can be relied upon to bail Jurgen Klopp’s side out of trouble when they need him most.

Saves made for each goal conceded

It is hard to think of another goalkeeper who has made a more positive impact to their side in 2018/19.

In addition to his saves, Alisson has been a calming influence and his passing ability enables Liverpool to go from back to front with greater incisiveness.

His 172 accurate long passes this season are second only to Van Dijk for Liverpool and are more than Mignolet and Karius managed between them across 38 matches last term.

The Brazilian is a very accomplished all-round 'keeper who is enjoying an unforgettable debut campaign.

If he can keep out Huddersfield Town on Friday, as well as Newcastle United and Wolverhampton Wanderers, Alisson will win the Golden Glove.

Liverpool will hope his reliability can also earn them a first Premier League title if leaders Manchester City slip up in the run-in.

Part 2: Eriksen delivering when Spurs need him most
Part 3: Hughton's dilemma over Murray and Andone