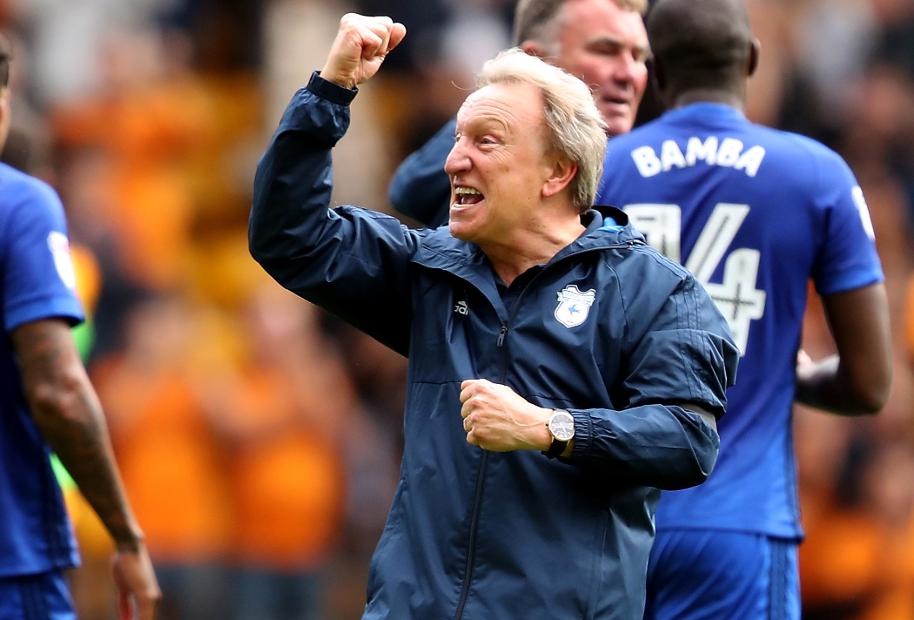 Cardiff City’s collective application, physicality, and strength in the air were all core strengths of their promotion to the Premier League.

But Neil Warnock’s tactics played a big part, too.

The 69-year-old’s defensive ploys were a feature of the Championship campaign.

Warnock's rigorous plans adapted to nullifying the opposition and were often superbly executed by his players.

The Cardiff defenders closed down space aggressively, often following the players they were designated to mark into midfield areas.

Often, Sol Bamba, the centre-back, or full-backs Lee Peltier and Joe Bennett were stationed in midfield, with the two wide men, Junior Hoilett and Nathaniel Mendez-Laing, dropping to cover the wings.

This led to lopsided shapes, but the ploy was effective.

Cardiff’s record of 39 goals conceded was the joint-best in the division.

The manager used nine formations in total, including a back three in nine matches, as he adapted his approach according to the opposition.

Expect this to continue in the Premier League.

Cardiff are not a possession-based side.

They prefer to get the ball forward quickly in a direct manner, especially from transitions.

The hard-working forward, Kenneth Zohore, is their main outlet, but their game becomes neater inside the final third.

This has led to some unusual statistics from last season.

In terms of accurate distribution their numbers were incredibly low for such a successful side.

However, they spent the largest percentage of any team on the ball inside opposition territory.

Wide free-kicks and corners were a regular supply of goals for Cardiff.

Thanks to some excellent training-ground routines and the accuracy of the deliveries from Joe Ralls and Hoilett, the Bluebirds were brilliant from set-pieces.

Cardiff always looked like scoring from set-pieces, either through the towering central defenders Sean Morrison and Bamba, or via the expertly timed runs of midfielder Calum Paterson.

Warnock is sure to focus on maintaining this threat in the Premier League.

Also, the long throws of Aron Gunnarsson are another part of the Bluebirds' armoury.

Warnock’s men are physical, direct and efficient in the way they operate. They are terrific at playing vertical football based on winning second balls.

With each individual working hard and drilled in what is needed off the ball, they will make life difficult for opponents in the upcoming season.

Scoring enough goals from open play may be an issue, but their togetherness is a real asset.