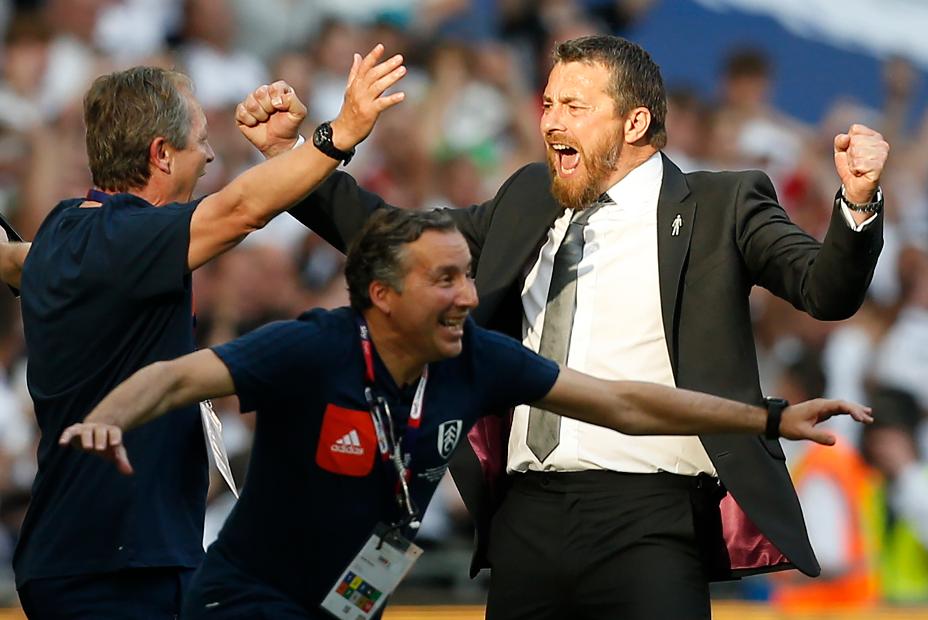 Their head coach Slavisa Jokanovic has turned them into a possession-based team.

Playing in a fluid 4-3-3 formation, the Cottagers pass and move with confidence.

Four experienced players down the centre of the pitch are at the heart of Jokanovic's philosophy.

All aged between 27 and 30, they were each ranked in the top 10 for most passes per match in the Championship last season.

As soon as Fulham lose the ball they look to win it back as quickly as possible, by pressing ferociously in packs.

But when they do win it back they show patience on the ball.

They boasted the largest average share of possession of the 24 Championship teams last season, with 57.8 per cent.

That determination to dominate possession forces opponents to do a lot of chasing, which wears them down and forces mistakes.

This also helped them get the most goals from open play last term, scoring 68 times.

While pundits questioned whether Jokanovic had a plan B, their main tactical approach was hugely productive.

This was especially the case from January onwards, after they had signed centre-forward Aleksandar Mitrovic on loan from Newcastle United.

The Serb scored 12 times in his 20 appearances, averaging a shot every 20.16 minutes.

In that period Fulham won 14 times and lost only twice.

Pace on the flanks

To ensure their passing is productive, Fulham have pace out wide to stretch teams.

Ryan Sessegnon was integral to their promotion campaign. Just turned 18, he produced 16 goals and eight assists.

The influence of Fulham's full-backs is also important.

Their wide defenders are encouraged to push on, especially when the man in front drifts inside to play as a second centre-forward.

During the latter stages of the season Matt Targett, the left-back, and Ryan Fredericks, on the right, were extremely creative.

With Targett being on loan from Southampton and Fredericks since having signed for West Ham United, whoever starts in these positions for Fulham in 2018/19 are sure to be attack-minded.

Fulham remind me of a Pep Guardiola team. They play attractive football based on movement and domination of the ball.

Led by a quality midfield trio, they like to dictate matches and wear rivals down.

It will be tougher to repeat this in the Premier League but I do not expect a shift in policy from Jokanovic.

Fulham are set to be a delight to watch.