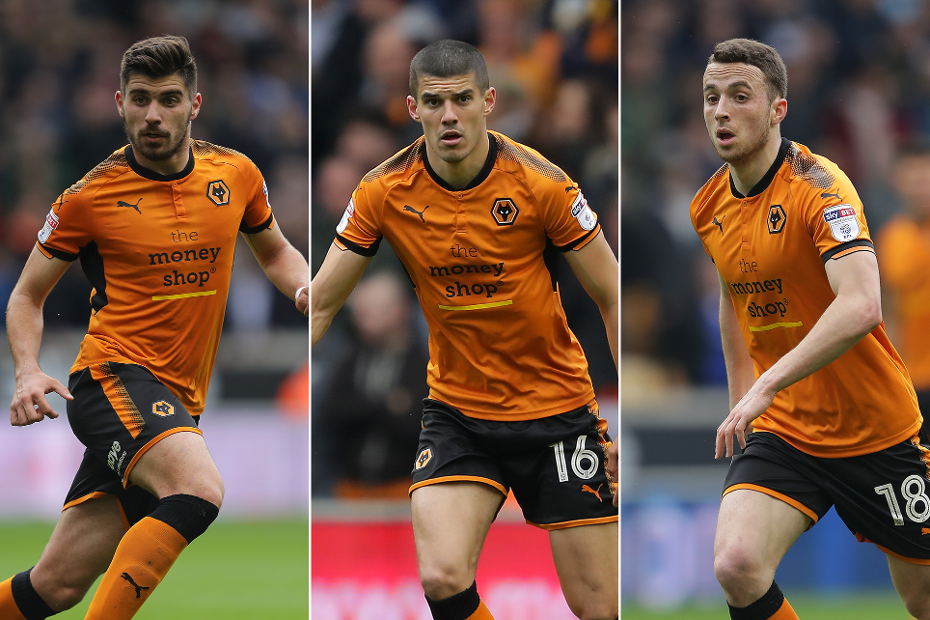 Adrian Clarke looks at three players who will be influential in Wolverhampton Wanderers' return to the Premier League.

At the age of 21, Ruben Neves’s sophisticated midfield play belies his tender years.

He constantly looks for the ball, is blessed with outstanding control, composure and vision and is the heartbeat of an excellent Wolves side.

Statistically, he did not stand out in a creative capacity during their promotion campaign, as he claimed only one assist.

However, his eye for a long-range forward pass, or a switch pass, was second to none in the Championship.

He set up a stream of attacks from relatively deep in central midfield, but he was also happy to work hard and win the ball back. He made 2.3 tackles per match in 2017/18 and collected 11 yellow cards.

The Portuguese playmaker is also a scorer of fine goals.

Eager to try his luck from distance, all six of his strikes came from outside the penalty area.

Conor Coady did not receive the same widespread acclaim that some of his team-mates enjoyed in 2017/18 but his consistently high levels of performance were instrumental in helping Wolves win the title.

The former Liverpool Academy graduate played as a sweeper, having spent the two previous campaigns at Molineux as a midfielder or auxiliary right-back.

Performing in the middle of Nuno Espirito Santo’s back three brought the best out of the 25-year-old.

With the play in front of him Coady’s reading of the game came to the fore.

He made numerous timely interceptions and blocks and proved reliable as the defender responsible for covering the middle of the pitch.

When Wolves did find themselves under pressure, he was often first on the scene to tidy up.

However, it is on the ball where Coady exerted his greatest influence.

Collecting the ball from goalkeeper John Ruddy or his fellow central defenders, he has the confidence and ability to distribute it well.

He brought the ball out of defence with assurance and the numbers confirm that his passing was magnificent last season.

Despite making the second-highest number of long passes in the Championship, Coady’s overall passinng accuracy was an impressive 90.3 per cent.

The only player with a better record was Fulham’s Tom Cairney.

The Championship's top passers and blockers

Operating primarily on the left side of a three-man attack, Diogo Jota could be a revelation next season.

The 21-year-old is blessed with flair and the ability to make sharp runs that opponents found difficult to mark in the Championship.

Jota made five assists and scored an impressive 17 goals.

He was often the victim of fouls, but proved a resilient character.

Statistically, last season showed he has the full package.

Jota is an outstanding runner with the ball, a top-class creator, and a forward always looking to shoot on sight.

With scope for further development as a player, this player looks to be a seriously exciting prospect who can shine on the Premier League stage.