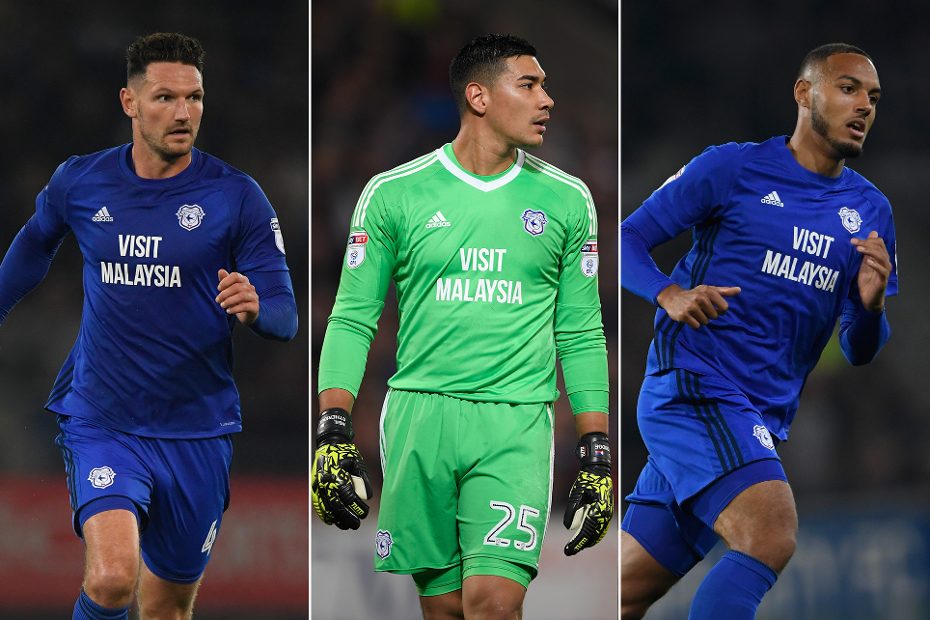 Adrian Clarke says Morrison, Etheridge and Zohore can impress for the promoted Welsh side in 2018/19

Adrian Clarke looks at three players who will be influential in Cardiff City's return to the Premier League.

Cardiff's "Captain Marvel" embodied the Bluebirds' spirit during their charge towards promotion.

Sean Morrison led by example with a stream of excellent and aggressive defensive displays.

Alongside Sol Bamba, Morrison was a model of consistency, just as comfortable when Cardiff switched to a back three.

If teams go direct against Cardiff in the coming season, or send in crosses, they will find Morrison a resolute barrier.

The 27-year-old signed from Reading won more aerial duels than any other Championship defender per 90 minutes last season.

Morrison is also a threat at the other end of the pitch, scoring seven goals in 2017/18, with six coming from set-pieces.

The free transfer of the Walsall goalkeeper last summer was low key, but the Philippines goalkeeper proved outstanding between the posts.

Neil Etheridge is brave and dominant in the air.

Although he is well protected, he was forced into 99 saves and his statistics here impressed.

He stopped 72.8 per cent of the shots he faced. Among Premier League goalkeepers, only David De Gea (80.4 per cent) and Nick Pope (76.5 per cent) had better save/shot ratios.

Having gained valuable experience in the lower leagues with Charlton Athletic, Bristol Rovers, Crewe Alexandra, Oldham Athletic and Walsall over the last six years, Etheridge has worked hard to earn his chance at the highest level.

He has the potential to emulate Pope, a player with a similar pathway, by making a name for himself in 2018/19.

The Danish forward is not a prolific goalscorer but he is integral in the make-up of Neil Warnock’s team.

Standing at 6ft 3in, Kenneth Zohore is a terrific outlet for when Cardiff go long.

His 3.3 aerial duels won per match last season show he is good at winning headers.

He is always looking to nod balls down to onrushing midfielders or wide men.

Zohore had five assists last term, but played a part in the build-up to many more goals.

He fired off 3.1 shots per 90 minutes last term, the eighth-highest average in the division.

The 24-year-old, who scored nine league goals, is also a tireless worker.

He runs the channels to good effect, holds the ball up well, and closes down defenders effectively.

He is not a sophisticated player but I suspect he could be a handful for defenders in the Premier League.