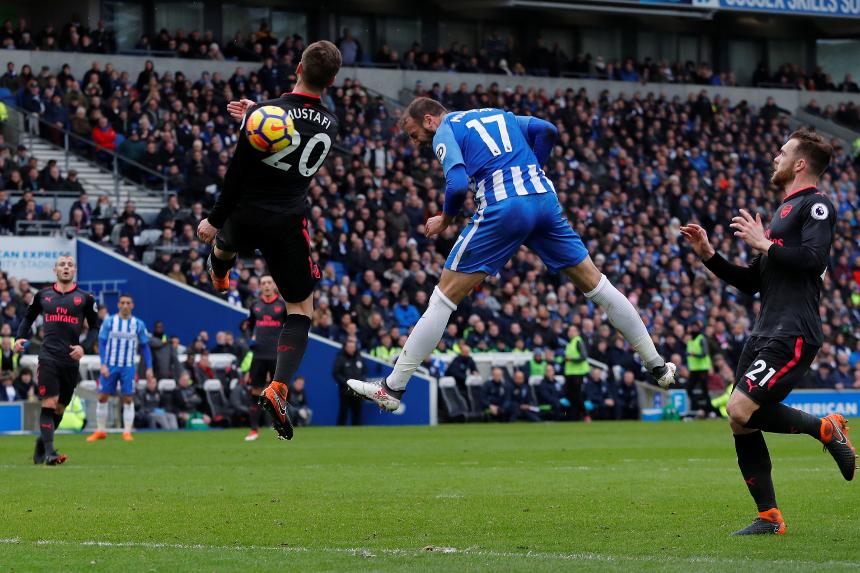 January signings have inspired a burst of goals and FPL points from Glenn Murray.

Since their arrival, Murray has reacted by scoring five goals in as many Gameweeks.

That includes Sunday’s header against Arsenal, which proved the winning goal and earned him two bonus points.

Murray has scored 16.7 FPL points per million (ppm) this season, placing him second only to the 17.2ppm of Jordan Ayew (£5.4m) for FPL value among forwards.

That has helped him attract more than 39,000 new owners since Saturday’s deadline, although he is still found in just 4.5% of squads.

The statistics suggest Murray can maintain his hot streak.

His nine shots in the penalty area over the last four Gameweeks is ranked fifth among FPL forwards.

Meanwhile, Murray has had four big chances. Only Harry Kane (£12.9m) has had more, with eight.

Brighton will face Everton at Goodison Park on Saturday.

The Toffees are without a clean sheet in their last four home matches and their last nine overall.

Only West Ham United, conceding 11 goals, have let in more than Everton's nine over the last four Gameweeks.

Everton have also faced 65 shots over that period, one below the highest total, 66, held jointly by Stoke City and AFC Bournemouth.

Brighton have had their Gameweek 31 fixture postponed for the FA Cup, but Murray will resume with two promising home match-ups.

Leicester City and Huddersfield Town are next to visit the Amex Stadium.

This hands Murray the platform to go on providing outstanding value in Fantasy.