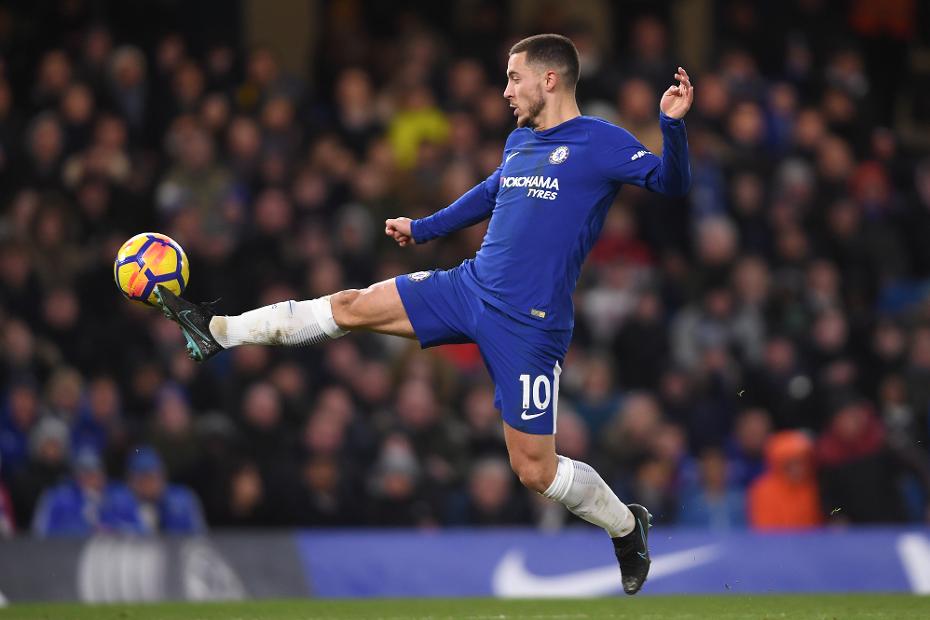 Chelsea midfielder has the form and fixture to be one of Gameweek 30’s biggest points-scorers, The Scout says

Azpilicueta: We have to bounce back External Link
GW30 Ones to watch: Glenn Murray

Part of just 7.4% of FPL squads, few players can match Eden Hazard as a potential differential.

The Belgian's modest ownership is somewhat surprising given his recent form for Chelsea.

He boasts six goals and an assist in his last eight Gameweek starts, averaging 7.6 points per match.

The underlying statistics over that spell also highlight a player in form.

Hazard has registered 10 shots on target. Only Liverpool’s Mohamed Salah (£10.6m) has had more (12) among midfielders.

The Chelsea man also ranks fourth for chances created with 22, eight more than any of his team-mates.

Hazard will be up against Crystal Palace at Stamford Bridge in Gameweek 30.

No team have conceded more goals (13) and allowed more shots on target (38) than the Eagles over the last six Gameweeks.

Either Alvaro Morata (£10.4m) or Olivier Giroud (£8.2m) is likely to start as the focal point of the attack.

That can bring out the best in Hazard. In his last home outing when paired with Giroud, he produced two goals and 16 points.

A similar score could be on offer this weekend and, with Salah facing a difficult trip to Manchester United, Hazard is a potential captain and game-changer.