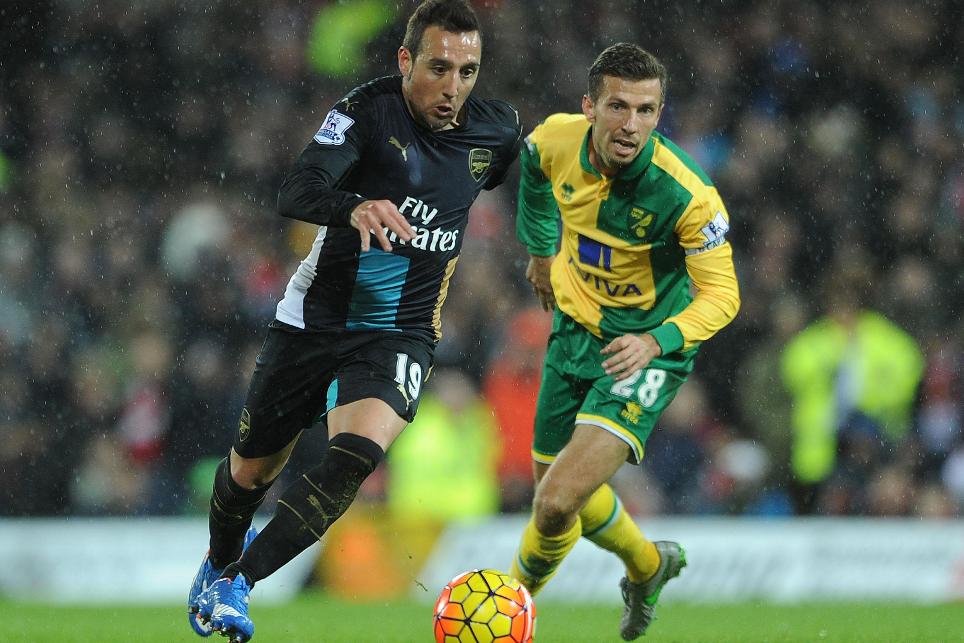 In our look at players hoping for a comeback after injuries in 2015/16, the Arsenal midfielder's absence in 2015/16 showed how much he can contribute in new season

Ahead of the 2016/17 Premier League we look at players whose absence last season had an impact, and how their return could improve the fortunes of the teams they play for in the new campaign.

The absence of Santi Cazorla from Arsenal's midfield from November deprived Arsene Wenger of a key component of his team.

Before the start of the 2015/16 campaign, Cazorla had made 106 appearances in the Premier League. He was ever present in his first season for Wenger's side and missed only eight matches over the next two campaigns.

Arsenal trailed leaders Manchester City by two points when the Spaniard suffered a knee injury against Norwich City in November that ruled him out for almost the entire remainder of the campaign.

It was a major blow to Wenger, who had entrusted Cazorla with the role of main distributor from his base in midfield.

Until his setback on 29 November, no Arsenal player had made more successful passes in the Premier League than him.

As the only player to have racked up more than 1,000 successful passes in that opening period of the season, the 31-year-old's importance to Arsenal's philosophy was as pivotal as ever, until injury struck.

Without Cazorla Arsenal's form suffered, especially converting draws into victories. In his 15 matches, the Gunners drew only three, without him they were held in eight of 23 fixtures. This meant the average points the Gunners earned each match dropped from 2.0 to 1.8.

His return to action as a late substitute on the final day of 2015/16 came too late to catch Leicester City, but Wenger will be counting on Cazorla to help Arsenal go one better in the new campaign.