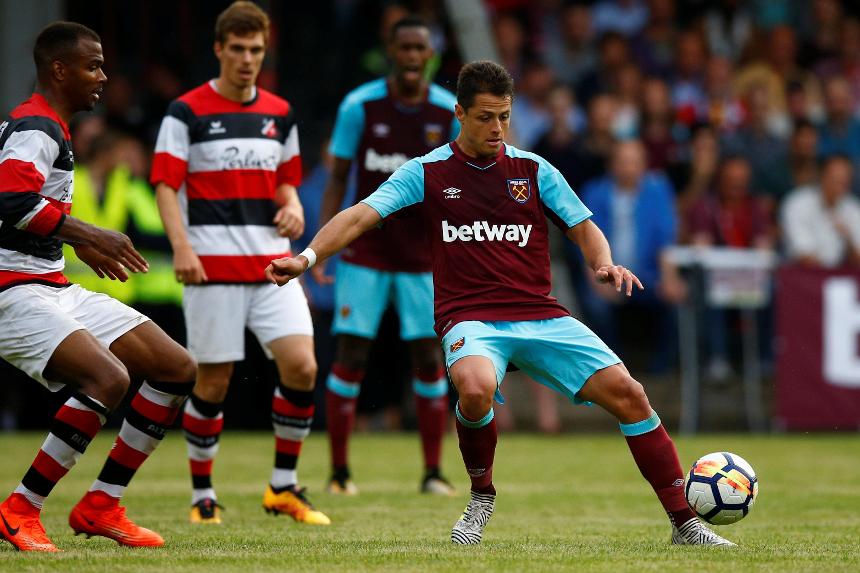 Bilic: We need to cut out mistakes to match the big clubs External Link

Adrian Clarke is analysing three clubs set for a dramatic change in style this season. He begins with West Ham United.

West Ham have drastically changed their transfer policy this summer.

They brought in a host of new players with little to no experience in English football last year but now they are investing in proven Premier League talent.

The introductions of Joe Hart, Pablo Zabaleta, Marko Arnautovic and Javier Hernandez - whose average age is just shy of 30 - indicates a short-term approach with the aim of instantly improving the first team.

As a quartet they have made 759 combined PL appearances. Slaven Bilic's side will contain a vast understanding of the competition this term.

Hernandez's arrival from Bayer Leverkusen should revitalise the way the Hammers attack. When it comes to bright quick-witted movement, the Mexican striker has few equals in the game.

Diafra Sakho only played for 181 minutes last season and West Ham lacked a forward with the speed and inclination to stretch opposition sides.

Playing too much football in front of the opposition, relying on crosses from the flanks, they were short on penetration in central areas of the final third.

The return of the League's fox in the box remedies that issue.

Of "Chicharito's" 11 Bundesliga goals last season, six came from runs made in beyond his markers. Feeding off through-balls and flicks with clever darts into space, he thrives in 1v1 situations with the goalkeeper.

Three of Hernandez's goals also came from knockdowns inside the box, which bodes well for a potential partnership with Andy Carroll.

At the back, Zabaleta's nous should be an asset to West Ham’s temperament in defensive situations, and behind him loan goalkeeper Hart will be hungry to resurrect his PL career.

The signing of winger Arnautovic from Stoke City is also significant.

After Dimitri Payet left for Marseille in January, no player managed to make the vacant left-midfield position their own.

Arnautovic produced six goals and five assists last season and, although inconsistent at times, the 28-year-old Austrian is sure to deliver match-winning contributions from Payet’s old position.

Tactically, Arnautovic's crossing ability could be a game-changer for the Hammers.

Payet’s exit created a void on the left that relied on full-back Aaron Cresswell getting forward. His presence should now provide a lovely balance, especially with the productive Michail Antonio operating down the right.

Antonio was the only Hammers player to be involved in more goals last season (12) than Arnautovic, and his goal threat should only rise from this point on.

A wonderful exponent of the far-post header, his combination with Arnautovic could be the source of several goals for a much-changed Hammers side.