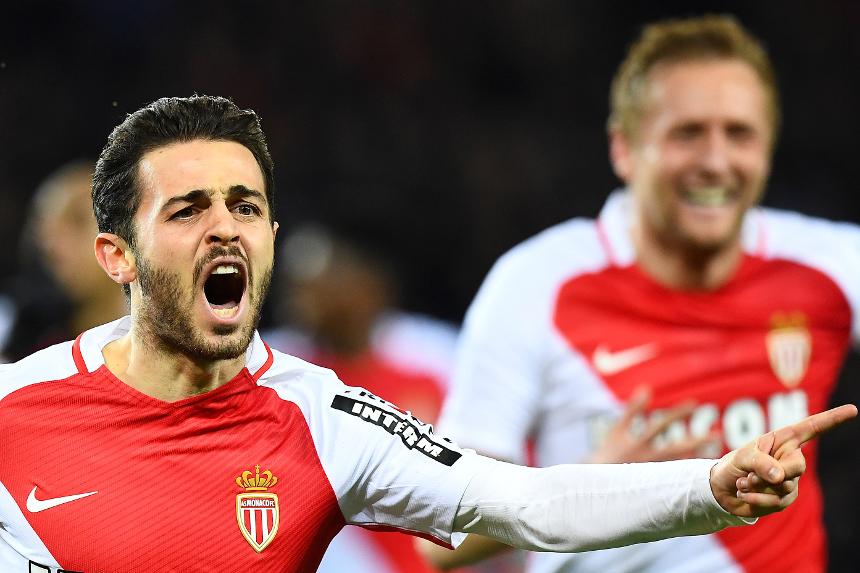 Following on from his analysis of Davy Klaassen and Vicente Iborra, Adrian Clarke runs the rule over another overseas midfielder he feels is destined to make a posiitive impact in his first Premier League campaign.

Pep Guardiola boasts an abundance of top-class attacking options in his midfield, but Bernardo Silva has the talent to fight off competition for a berth in Man City’s strongest XI.

At 22 years of age there is plenty of scope for improvement, but the Portuguese wide man is already an accomplished creative presence and finisher.

Also known as "the little Messi", his quick feet and eye for a slide-rule pass are two qualities guaranteed to excite the fans.

While it is perhaps unfair to compare his performances for Monaco with those of his new team-mates (given the differences between Ligue 1 and the Premier League) the raw numbers suggest Silva is an all-rounder who will offer Man City high quality inside the final third.

Silva is likely to compete with Raheem Sterling for a spot on City’s right flank, but the two have contrasting styles.

City’s new acquisition, who possesses a gorgeous left foot, loves to drift inside instead of holding his width.

Then, once he creates space for himself in those areas, he is a menace for opponents. Unlike Sterling, he does not often run in behind his markers.

Silva's introduction to the side may hint at a tweak in approach from Guardiola in 2017/18.

Busy recruiting new full-backs, it appears that he is in the market for athletic players who love to bomb forward.

Last term he often instructed his full-backs to tuck inside behind the ball, with the wingers staying wide. This hints at a possible shift in direction.

If that is the case Silva would comfortably slot into the side as an inverted right-winger in a 4-1-4-1, or Guardiola may even find a new system that accommodates star strikers Sergio Aguero and Gabriel Jesus.

Within a 4-1-3-2 formation, for example, the Portugal international would be the ideal man to float inside from the right as the full-back overlaps. This option would perhaps deliver more variety to the way City attack.

The signs suggest this is a tactic the manager is interested in using.

Like his elder namesake David Silva, 31, this particular summer signing has the skill and footballing brain to take the Premier League by storm.

It is hard to see him being anything other than a hit at the Etihad Stadium.