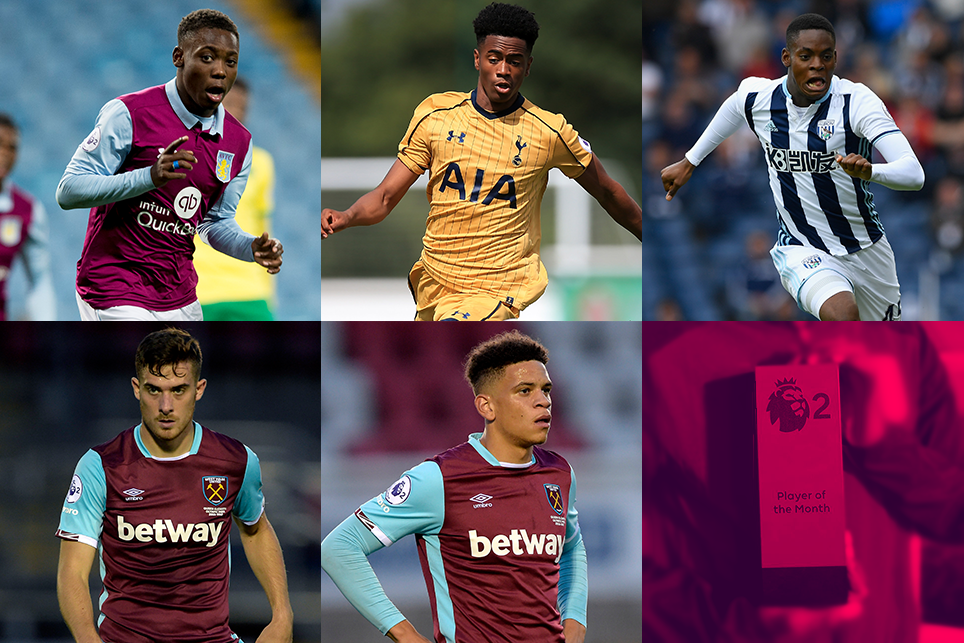 September winner Rushian Hepburn-Murphy is one of five nominees for December’s Premier League 2 Player of the Month award.

The list was selected by a panel of the Premier League Football Development Department after PL2 managers had nominated the best individual performance from each of their opponents last month.

In the forward’s only PL2 appearance in December Harrison scored with a clever flick as Tottenham Hotspur beat Derby County 2-0. The 19-year-old made his senior debut in an EFL Cup defeat at Liverpool in October and has been an integral part of Ugo Ehiogu’s PL2 side.

The teenager scored a superb solo effort in a 3-3 draw with Fulham. After his PL2 performances last month, Hepburn-Murphy came on as a substitute for the first team at Cardiff City.

The 17-year-old appeared three times last month, putting West Bromwich Albion ahead before they fell to a 2-1 defeat at Brighton & Hove Albion in Division 2 on 19 December. He impressed two days after his 11th Premier League appearance, coming on in the 82nd minute at home to Manchester United.

The Spaniard scored four goals in two Division 2 appearances during December, scoring once in the 3-2 defeat to Swansea before a hat-trick in the 4-0 victory at Wolverhampton Wanderers. He has 12 goals in 11 PL2 matches since his summer move from Valencia.