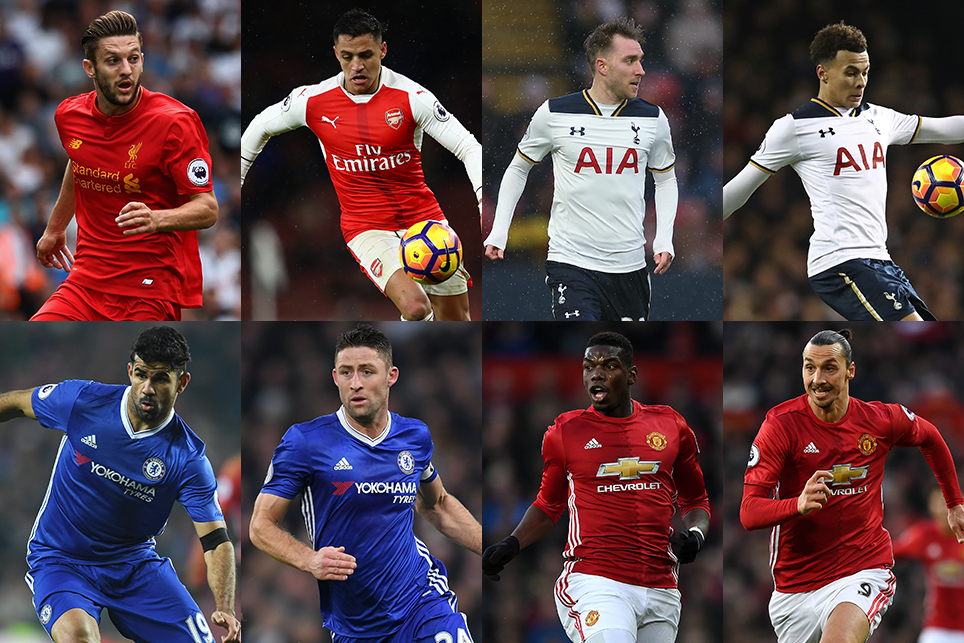 After strong performances in a busy month there are eight players shortlisted for the EA Sports Player of the Month for December, for which the public can vote.

Another impressive month for Chelsea means Diego Costa and Gary Cahill are nominated, Tottenham Hotspur’s rich vein of form has brought Christian Eriksen and Dele Alli to the fore, while Paul Pogba and Zlatan Ibrahimovic are nominated for helping spark Manchester United’s resurgence.

With Liverpool enjoying another productive month Adam Lallana is nominated, and the outstanding displays of Alexis Sanchez have brought the Arsenal forward into contention.

The vote will close at 23.59 GMT on Monday, 9 January and the winner will be announced on Friday, 13 January.

Adam Lallana (Liverpool) P6 W4 D1 L1 Goals: 4 Assists: 2
Lallana scored in the 2-2 draw with West Ham and was instrumental in the four victories that followed, with a brace against Middlesbrough, a goal in the 4-1 win over Stoke and two assists.

Alexis Sanchez (Arsenal) P5 W3 D0 L2 Goals: 4 Assists: 3
Starting the month with a hat-trick in the 5-1 victory at West Ham United, Alexis Sanchez went on to get four goals and three assists in five matches during December. Only Diego Costa has more than his 13 PL goals this term.

Dele Alli (Spurs) P5 W4 D0 L1 Goals: 3 Assists: 0
The 20-year-old midfielder returned to the goals with an equaliser in a 2-1 home win over Burnley, before a brace at Southampton as Spurs finished December with four victories from five matches.