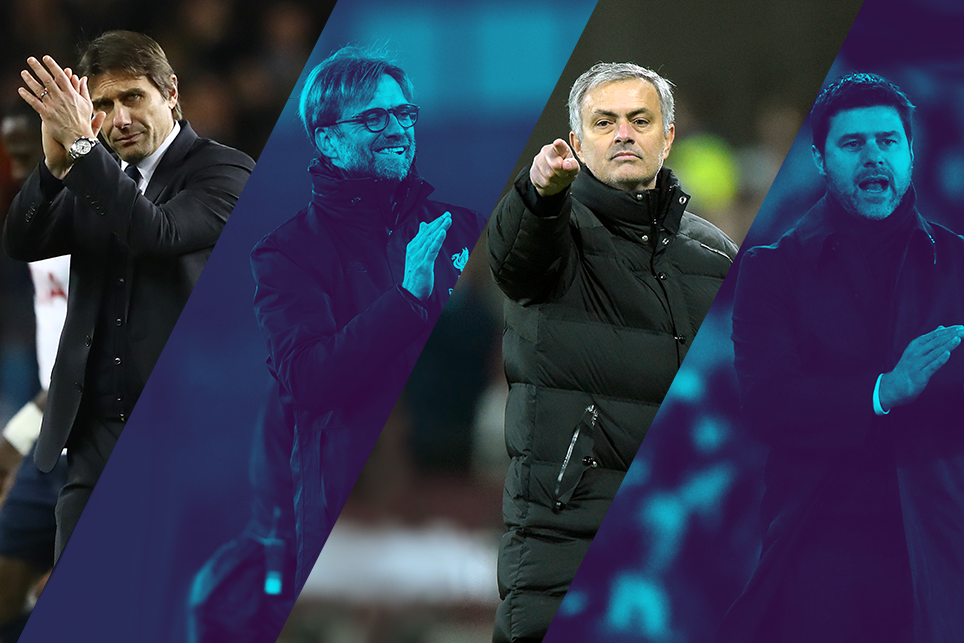 Jose Mourinho and Mauricio Pochettino are included on the four-man shortlist for the Barclays Manager of the Month award for December.

They join Chelsea's Antonio Conte, who is aiming to claim the award for a third month in a row, and Jurgen Klopp of Liverpool, winner in September.

The vote will close at 23.59 GMT on Monday, 9 January with the winner announced on Friday, 13 January.

Antonio Conte (Chelsea) P6 W6 GF13 GA3 GD+10
Conte made his claim for a third straight manager award as his side equalled the Premier League record of 13 consecutive victories in a single season with maximum points from their six fixtures. Chelsea never looked back after opening the month with a come-from-behind victory at the Etihad Stadium to extend their lead at the top of the table.
Man City 1-3 Chelsea; Chelsea 1-0 West Brom; Sunderland 0-1 Chelsea; Crystal Palace 0-1 Chelsea; Chelsea 3-0 AFC Bournemouth; Chelsea 4-2 Stoke City

Mauricio Pochettino (Tottenham Hotspur) P5 W4 L1 GF14 GA3 GD+11
A convincing victory over Swansea City kickstarted an impressive month for Spurs, who won four of their five league matches. Their cause was helped by three goals from Dele Alli, with two against Southampton as he helped his side end 2016 with a 4-1 win at St Mary's Stadium.
Spurs 5-0 Swansea City; Man Utd 1-0 Spurs; Spurs 3-0 Hull City; Spurs 2-1 Burnley; Southampton 1-4 Spurs