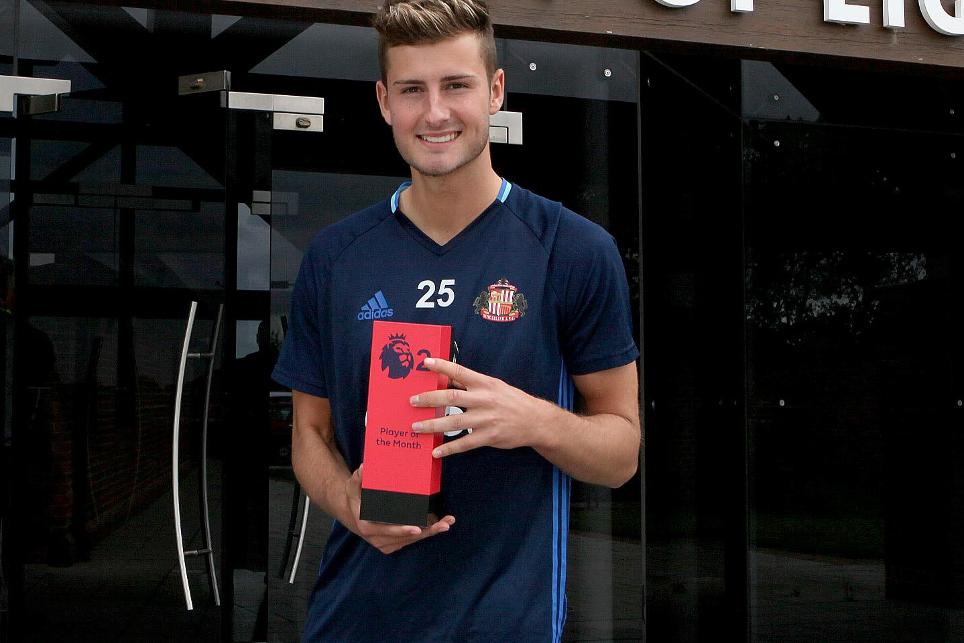 Sunderland’s Ethan Robson has been named Premier League 2 Player of the Month for August.

The locally born 19-year-old midfielder has been at the club since he was eight and has progressed through the Sunderland academy via the Premier League's Under-18, Under-21, PL2 and International Cup competitions.

He was also part of the first-team squad that went on a pre-season tour this summer and was rewarded for his development recently with a new two-year deal.

Robson was selected by a panel of the Premier League Football Development Department from a shortlist generated by PL2 managers nominating the best individual performance from each of their opponents last month.

Premier League 2 was introduced this season as a replacement for the Under-21 Premier League, with the aim of having an "immediate impact" in increasing opportunities for home-grown players to make "the toughest transition of all", according to Ged Roddy, the Premier League Director of Football Development.

"Premier League 2 is structured to give players the optimum opportunity to get to the Premier League through more competitive and meaningful game time," Roddy told premierleague.com.

"The clubs and the league want to see their commitment to producing more and better home-grown players get results; Premier League 2 will make it happen."