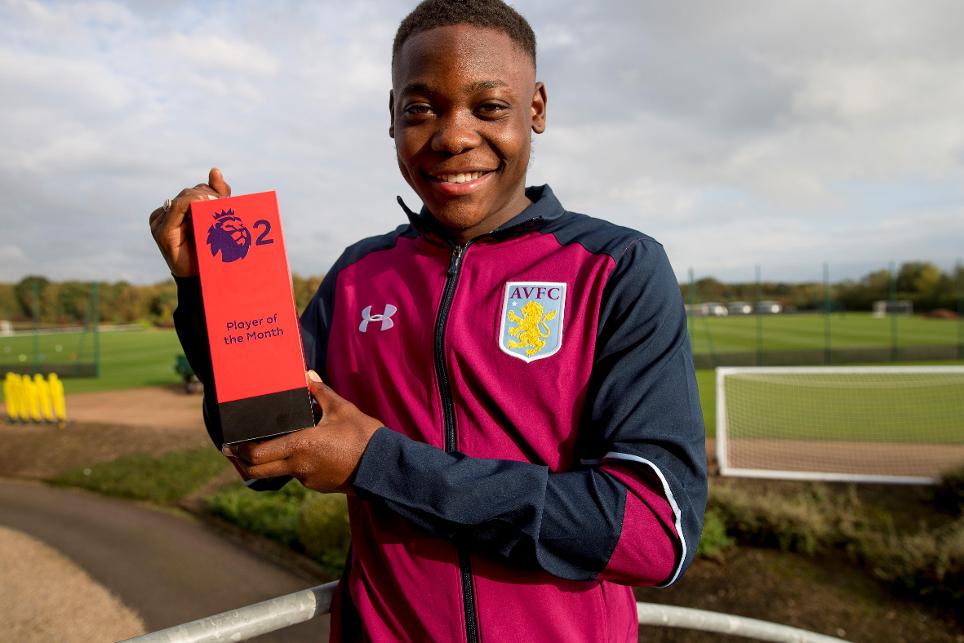 The 18-year-old striker scored twice in three Premier League 2 Division 2 appearances last month, as the Villans picked up one victory, and came on as a substitute in the first team’s 1-1 EFL Championship draw against Newcastle United.

"It feels very good to be recognised," Hepburn-Murphy told avfc.co.uk. "I've been working very hard in training with the lads, we've got some good results and the performances have obviously been good."

It is the first monthly PL2 accolade for Murphy, who made his Premier League debut at just 16 years of age as Aston Villa beat Sunderland 4-0 in March 2015.

September's #PL2 Player of the Month @Rushcmpt chats about his football journey to date. #AVFC pic.twitter.com/vNjvJy1H5O

Hepburn-Murphy was selected by a panel of the Premier League Football Development Department from a shortlist generated by PL2 managers nominating the best individual performance from each of their opponents last month.