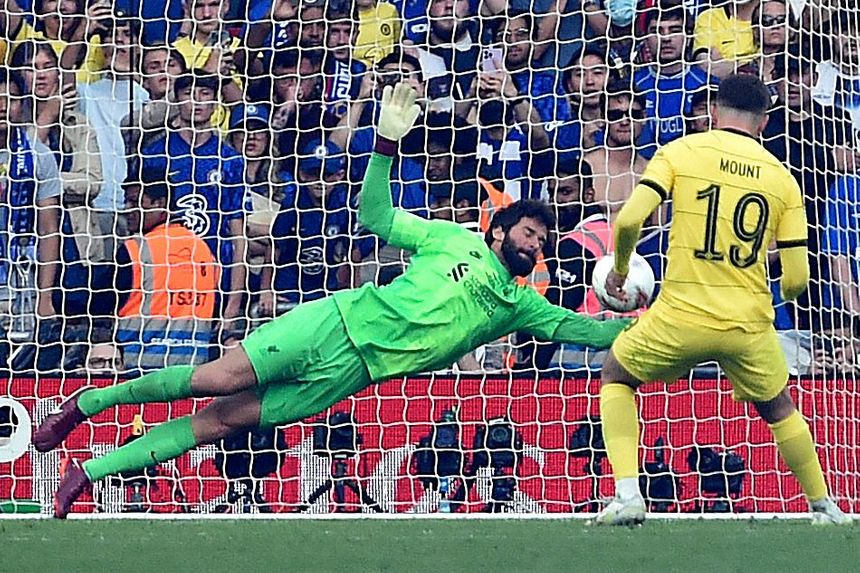 The position of a goalkeeper before and when any penalty kick is taken has been amended for this season.

The IFAB Laws of the Game now states the following:

"Law 14: The Penalty Kick
"When the ball is kicked, the defending goalkeeper must have at least part of one foot touching, or in line with, or behind, the goalline."

Previously the goalkeeper was required to have part of at least one foot on/above the goalline at the moment when a penalty, or kick from the penalty mark, was taken.

Consequently, if the goalkeeper had one foot in front of the goalline and one behind it, this was technically an offence even though no unfair advantage was gained. The wording of Law 14 has been amended to avoid such a position being penalised.